Protest in solidarity with George Floyd 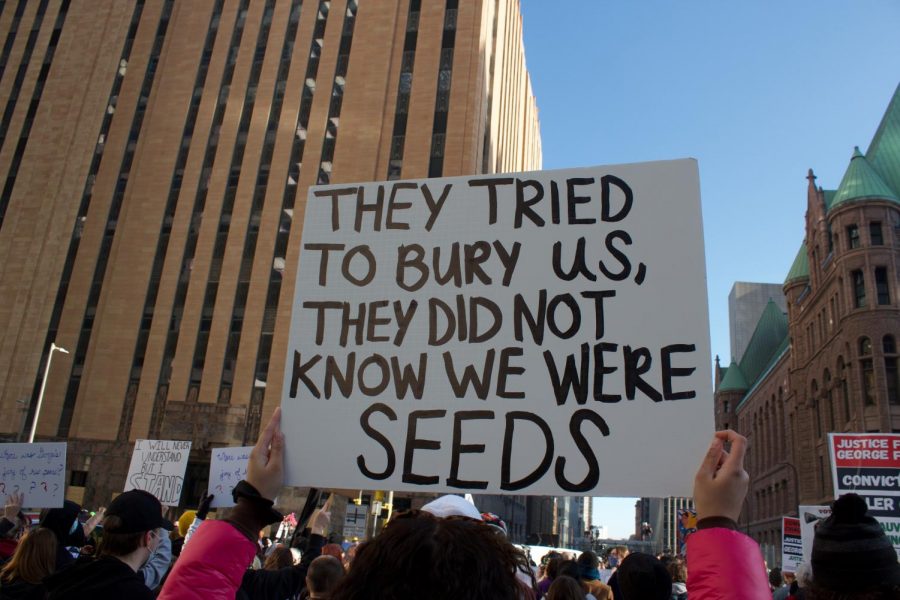 A sign carried by one of the participants said, “They tried to bury us, they did not know we were seeds.”

At eight in the morning on March 2, the community rallied together in Minneapolis to
show solidarity for the late George Floyd. Monday morning marked the start of the jury selection
for the trial of Derek Chauvin, the former police officer who is responsible for Floyd’s death.
Throughout the demonstration, there was a call for racial justice from local activists and the
general public alike. There were several featured speakers and performers who highlighted the
need to work toward equitable and sustainable change. With signs in hand and voices united, the
peaceful protestors were clear in their message that justice needs to be served.