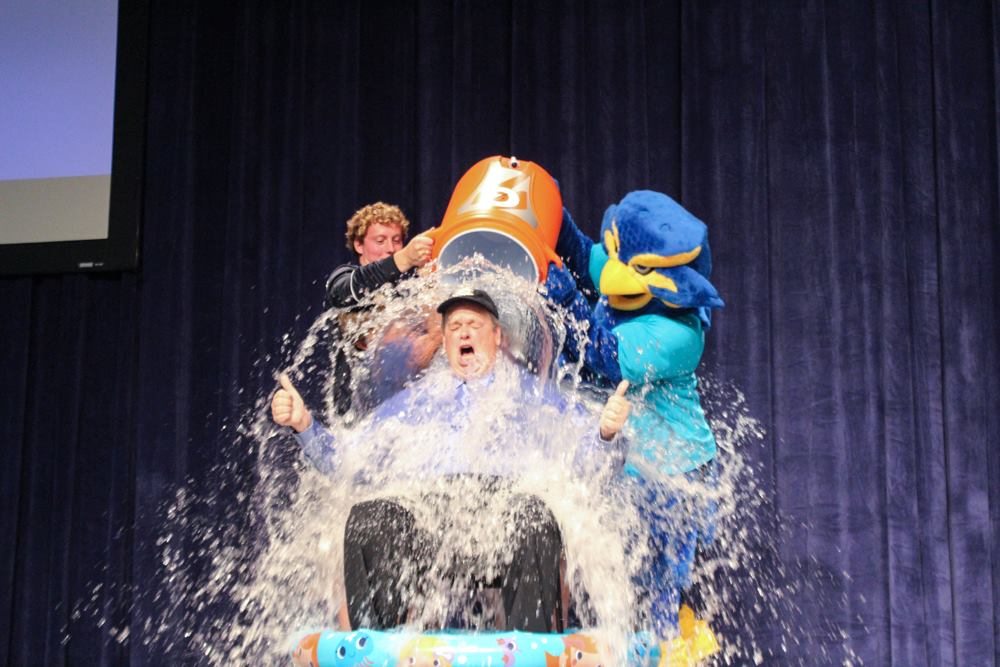 From Taylor Swift to Leo DiCaprio, people across the country have all joined in one of the newest trends, The ALS Ice Bucket Challenge. Chancellor James C. Schmidt was the latest person to join the trend.

The chancellor was drenched with ice-cold water on stage in front of the incoming freshmen class Friday morning at Phase II of orientation. Roughly 2,000 students watched as a group of people, including the chancellor’s kids, poured a bucket of ice water onto him.

Schmidt chose Schultz freshman class due to her personal connections to ALS. On July 12, 2011, Schultz lost her cousin, Ann Peterson to the disease after a five-year battle.

“My hope from a communication perspective is when somebody see someone who is different, they’ll think oh maybe this person has this disease, and they will treat them better,” Schultz said regarding the growing knowledge of ALS.

Students had no speculation of what would happen before hand. At the end of the event Friday morning MC Jesse Martinez mentioned that it was time to get a little wet. Which is when a group brought out the pool and the chancellor came out and spoke about why he chose to join in the trend after multiple challenges.

Freshman biology major Dakota Tollakson said that through out the entire presentation he thought what the chancellor did was pretty cool, and countless students agreed when asked.