Planes, trains and I can’t believe we actually made it to Spain 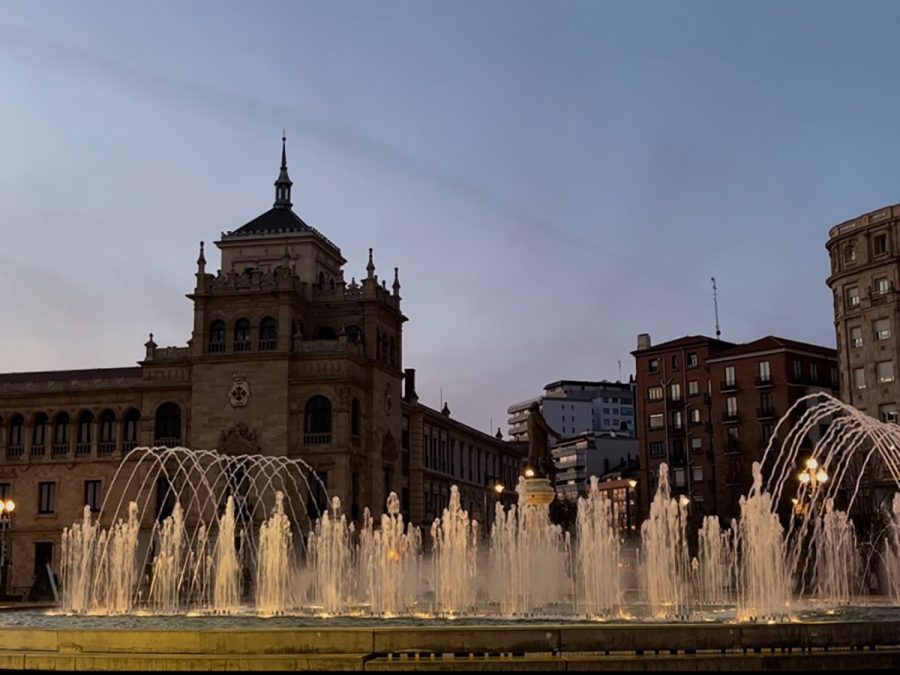 To anyone considering studying abroad but are feeling reluctant due to a potential language barrier, do it anyway.

Note: “Across the Pond” is an on-going column in which freelance writer Grace Schutte will be writing about her study abroad experience in Valladolid, Spain.

From the day I was accepted into the Valladolid study abroad program, I knew there was a fair chance I wouldn’t make it.

With the rise of Omicron cases in the ever-enduring COVID-19 pandemic, skepticism was my shadow, lingering behind every plane ticket bought, every outfit packed, and every daydream dreamt.

They could always cancel the program, I’d think, or worse, I get there and never make it past the airport.

Miraculously, on 8 Jan. 2022, I found myself standing before Ted Stevens International Airport — suitcase by my side and passport in hand.

I was numb with suspicion while boarding my flight to the Twin Cities. Delta had canceled on me before, and with Omicron skyrocketing faster than my anxiety, why wouldn’t any — if not all — of my three connecting flights not be interrupted?

They were — every single one — but for mundane things like maintenance and congestion on the jetway, however, the start to my experience was greatly affected, nonetheless.

One delayed take-off in Chicago led to a missed connection to Dublin, resulting in rescheduled flights and a detour to London. There were stalls at security, mad dashes through airports, and mixed-up gates galore.

I was overstimulated, tired, stressed and on day two of the same pair of underwear — not a good combination.

Once my small group finally made it to Madrid, the capital of Spain, we began the trial of buying train tickets to Valladolid. In theory, it should’ve been simple: get a ticket from the airport to Charmartín, one of the central stations in Madrid and catch the train to Valla. For 50 minutes we prayed that our host families received our WhatsApp messages before we boarded the train and lost our reception.

All of that, but in Spanish. And on zero hours of sleep. And on day two underwear.

By some miracle, we figured it out and arrived in Valla later that night. My host dad picked me up from the station, a convenient two-minute walk from our apartment, and I parted ways from my travel buddies.

As someone who has studied Spanish for the last eight years, I felt I should be more competent in the language than I am. Eight years is a long time. I should be able to understand the differences between “por” and “para,” in “ser” versus “estar” — one would think I could at least how to correctly conjugate in the past tense.

This fact weighed on me the entire year leading up to my exchange. But I found, even during the brief walk to the apartment, the power of language.

I will be frank: My Spanish is incredibly flawed. For the first three days, whenever I found myself forced to speak in the past tense, I defaulted to the present perfect because it is the simplest to conjugate. Was this the correct tense to use? No. Did I use it anyway? Absolutely.

But did it work? Yes.

Through my stumbling and continuous errors, I can get my point across, I can hold conversations with my host family and strangers alike, I can order drinks at the bar and pay for new clothes at the check-out counter (Hip hip hooray for rebajas!).

To anyone considering studying abroad but are feeling reluctant due to a potential language barrier, do it anyway.

I have been in Spain for one week as of my writing this — it has felt like years, in the best way possible — and this is the most thoughtful I’ve been about the Spanish language in my eight years of study.

Go for it, meet new people, try new foods (like pincho con patata), get uncomfortable and see what happens.