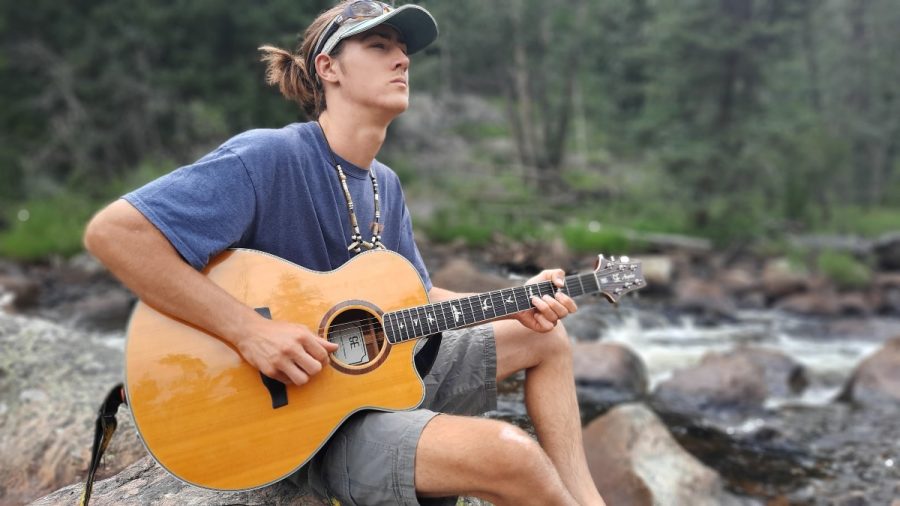 “We Pick Three” is a rotating column where Spectator writers pick their top three upcoming events in Eau Claire and the Chippewa Valley.

As a musician, Leary said he has been finding ways to perform safely again.

Leary’s next performances will be from 9 a.m. to noon on Saturday, May 8, and Saturday, May 15, at the Eau Claire Downtown Farmers Market in Phoenix Park. The event is free.

To add to the music, Leary’s friend and fellow performer Mark Fiore will be juggling alongside Leary.

These events are two of three, the first occurring last weekend on May 1, Leary said.

“It was great to see the community together after all this time,” Leary said.

For Leary, it’s all about bringing the people in the Eau Claire area together and having a good time, he said.

“It’s great to see everyone able to enjoy music once again in a safe, supportive environment,” Leary said. “People can relax in the grass by the pavilion, see what local vendors have to offer all while enjoying first-class, original music.”

Leary’s music can be found on streaming platforms like Spotify, Pandora, iTunes and YouTube, he said. Some of his videos can be found here. Leary has also made two CDs, which are available on his website.

Interested parties who are not able to make it to the May 8 or May 15 events, or just want to see an entire list of upcoming performances, can check out his schedule.

At 7:30 p.m. on May 7, people can virtually watch “Sleep, Perchance to Dream: Songs and Lullabies for Voice, Oboe and Piano”.

Many of the songs in this concert relate to the idea of sleep and lullabies, Garvey said.

“One collection of songs by Welsh composer Hilary Tann sets to music poems that are in fact ‘reverse lullabies’,” Garvey said. “By this, I mean that the songs are being sung from the perspective of an adult woman singing to her elderly mother.”

Another collection of songs, by the composer Lori Laitman, set to music poems that were written by Selma Meerbaum-Eisinger, a young Jewish poet who perished in a Ukrainian labor camp during World War II, Garvey said.

The songs are more than just pretty lullabies, Garvey said.

“These songs speak to the unimaginable hardship that the poet had to bear, but also the incredible tenacity and capacity for beauty in dark times,” Garvey said.

The concert is completely free and will be streamed from The Pablo Center of the Confluence. Interested parties must register ahead of time here. Once someone purchases tickets, a link will be sent to access the concert.

For more information, check out the event page.

From 7 to 10 p.m. on Saturday, May 8, join “Eau Claire Virtual Game Night: Trivia, Charades and Drawing over Video”.

According to its webpage, the event is hosted by Let’s Roam, “a leader in global adventures.”

In five rounds of games, participants will experience trivia, charades, Let’s Draw, Trivia About You and drinking games.

The event is completely free, and interested parties can register on its webpage. Only one Game Night Ticket is needed per group.

For more information or more virtual game nights, check out its events on Eventbrite.