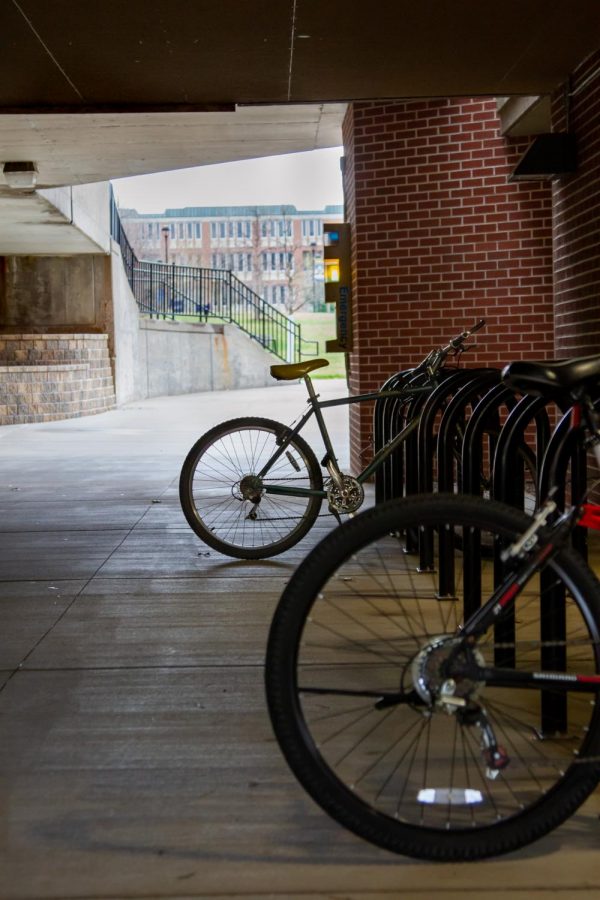 “The university needs to realize that by investing in climate change, they aren’t investing in students’ futures,” Woodward said.

Due to UW-Eau Claire’s lack of transparency, it is difficult to know how deeply invested they are in the fossil fuel industry, but Maddie Loeffler, a third-year environmental geography student, believes there may be more to it than meets the eye.

“Unless an organization or company says outright that they do not invest in fossil fuels, it’s more than likely that they do,” Loeffler said.

Loeffler is a member of the UW Divestment Coalition, an organization dedicated to getting the UW-System Foundations to divest from fossil fuels and reinvest in clean energy solutions, equitable companies and ethical practices overall.

“Our main goal is to persuade the UW-System Foundation to stop trying to profit from the exploitation that comes from the fossil fuel industry and start investing in the future of Wisconsin and the world,” Loeffler said.

Leah Woodward, a second-year English student, is also involved with the Divestment Coalition. She said the upcoming Pedal to Divestment protest UWDC has organized will help further their cause.

At around 4:30 p.m. April 19, participants will meet on the campus mall, Woodward said. Some representatives from UWDC and the Conservation Club will talk about the importance of divestment.

Next, they’ll move on to making wearable posters, Woodward said. The posters will be pinned to the shirts of the bikers and walkers as they move throughout Eau Claire.

“We’re striving to gain more visibility,” Loeffler said. “When you see a big group of students, you’re going to look at them — see their posters, hear their chants and get curious about what it is they’re protesting.”

The group will rejoin at Davies at roughly 5:45 p.m., where Loeffler will present the divestment resolution to the Student Senate through Zoom, Woodward said.

Afterward, the posters will be collected and sewn together into a banner and displayed somewhere on campus.

“Seven schools in the UW-System have already had their Student Senates pass a resolution related to fossil fuel divestment. We want to be one of those schools,” Loeffler said.

Creating the resolution has been a collaborative effort, Loeffler said, between her, the Student Office of Sustainability as well as UWDC.

Loeffler hopes that a Student Senate resolution will have an impact on the administration and Foundation leadership.

“We would like to believe that the systems in place can work for us — if they don’t, that’ll be a shame,” Loeffler said.

By putting their money into the fossil fuel industry, the university aids in perpetuating climate change, Woodward said.

If UW-Eau Claire divests — if the entire UW-System does — Woodward says it will send a message to these companies saying they aren’t supported. The UWDC hopes this will make the industry reconsider its ways and shift toward greener means.

“Students don’t want a future that is affected by climate change,” Woodward said. “The university needs to realize that by investing in fossil fuels, they aren’t investing in students’ futures.”

Students, faculty and UW-Eau Claire staff are welcome to participate; however, it is still to be determined if community members can be involved in the on-campus aspects. More information on the protest can be found on their Facebook page.

In addition to the Pedal to Divestment protest, UWDC is actively working toward divestment in other ways, including a live petition those interested can sign.

Learn more about the coalition here.