KT: Sushi, Poké and Noodles opens up on Water St.

New location offers 10% off everything now through April 30 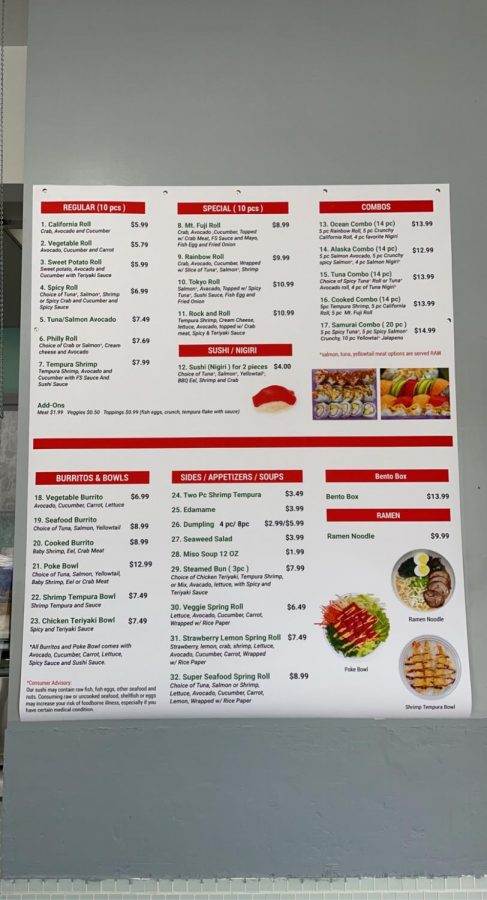 A new restaurant, KT: Sushi, Poké and Noodles, open up on Water St. and is offering 10% off everything now through April 30.

Fresh Sushi and More, located in the Oakwood Mall in Eau Claire, made a Facebook announcement on April 13 about a new restaurant that would be called KT: Sushi, Poké and Noodles.

They announced the grand opening by saying, “Fresh Sushi and More is opening another location with a different name (on) Water Street, Downtown Eau Claire. Come and check.”

They also said that everything in the new restaurant is 10% off until April 30. The grand opening took place on Thursday, April 15, with the doors opening at 10:30 a.m.

Located at 310 Water St., the new restaurant has a dine-in area with limited seating, sits up to eight people, has a three-seat waiting space for food orders and offers customers a to-go option.

Their menu includes a variety of items including seven types of regular sushi rolls and specialty sushi rolls, which come with 10 pieces per order. There are also two-piece options and a combo with 14 pieces per order on the menu.

For more information about their menu, check out their website.

Morgan Wehnke, a third-year microbiology student, was one student who enjoyed the restaurant and said that she would recommend it.

“I had a sushi combo and it was quite cheap, fresh and yummy,” Wehnke said. “It’s a small shop with a small menu but a wide variety of items that covers whatever you’re interested in.”

She also said that it’s nice the restaurant is located close to student housing.

“I hope they stay on Water Street and have a good business,” Wehnke said.

Another student said the restaurant is similar to Sushi Do, an available food option in the Davies Student Center for students to buy food.

Izzy Pogorzelki, a second-year Spanish education student, said that it is the same as Sushi Do essentially, except it is fresher.

“I think it’s not a bad idea for people who do not have a meal plan but might, I don’t know, want Sushi Do without actually going to campus,” Pogorzelki said.

Since the opening, she has only gone once but said that she might go back every once and while to support the individual who opened the restaurant.

“I can tell he worked hard to get the place open,” Pogorzelki said. “I am hoping if it goes well, he (will) add to the menu and make it his own.”Huettner can be reached at [email protected].