Chasing your dreams: From UW-Eau Claire to Hollywood 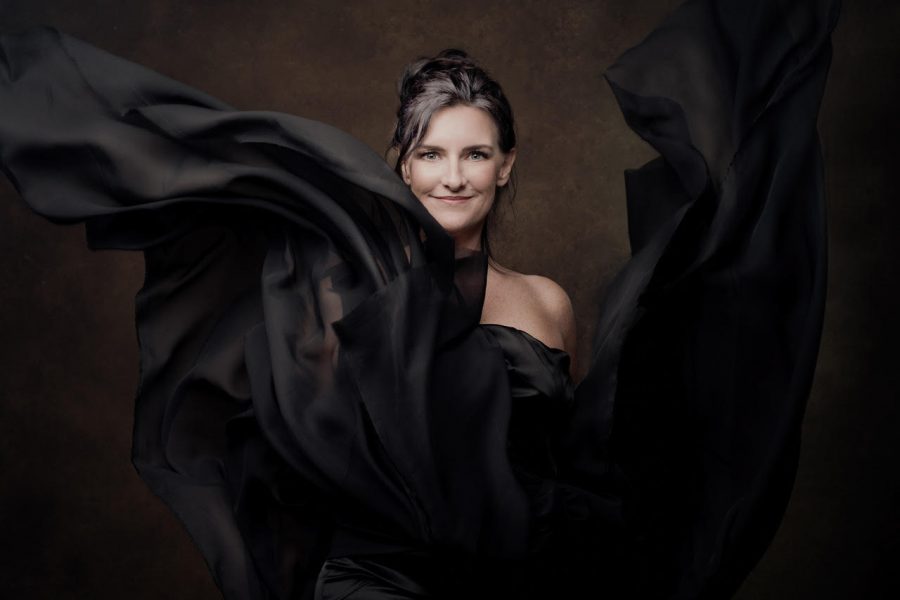 “Design the life you want to live in,” Paider said.

This is a catchphrase from Kristina Paider, a UW-Eau Claire alum who is now a screenwriter, editor, marketer and author of “The Hollywood Approach”.

“The Hollywood Approach,” her most recent book, “shows you how to apply the principles of screenwriting to real life in order to accomplish your goal and achieve your wildest dreams.”

For many Blugolds and Midwesterners, living the Hollywood life of dreams may seem far out of reach, but Paider wants to inspire the world to follow their dreams, and she leads by example.

Graduating from UW-Eau Claire in 1992 with a journalism degree, Paider began working in advertising and marketing — including a stint with the Green Bay Packers.

Wanting to get exposure to a variety of topics while at school, Paider said she essentially designed her own degree, taking a variety of different courses that wouldn’t normally be grouped together.

“My goal was to learn as much as possible, to create the most flexible degree and have the broadest foundation possible,” Paider said.

After being in the field for a few years, a colleague convinced Paider to take a screenwriting class. Screenwriting became her “biggest passion” and she attended the University of California-Los Angeles, obtaining a master’s degree in screenwriting.

“Screenwriting was just a totally different philosophy than anything else I had learned,” Paider said.

Using her wide-base knowledge and experience, Paider now boasts a large resumé, focusing on her editing, marketing and screenwriting.

Screenwriting informs the rest of her passions, Paider said, and she incorporates elements of Hollywood into all that she does. As an editor and writing coach, Paider assists writers to find effective strategies for their writing, “helping them place their legacy or life’s story into a book”.

Life stories are at the forefront of Paider’s work and her Hollywood background helps to tell them, she said. Paider utilizes lessons and stories from the big screen to examine how to improve our own lives, she said.

Life stories bend and twist, just like movies do and we have to be ready to embrace those unpredictable changes, she said.

“Changes and plot twists are a fact of life,” Paider said. “The more we stay mentally limber, the better off we are.”

Changes and plot twists are definitely present in her own story, Paider said. Being spontaneous is a key part of her life, something that she intentionally worked on.

“The idea is to design a life that we want to live in, with fun challenges and everything that we need,” Paider said. “For me, one of the things that makes it fun is that ability to be spontaneous.”

One of the biggest changes in Paider’s life was a move to the Dominican Republic, where she lives today. The move was sparked, Paider said, by water.

“I’ve been a lover of water my whole life,” Paider said. “I swam in every single lake I could in Wisconsin.”

However, there was a plot twist. At 33, Paider was cliff diving with friends in the ocean around Italy, when she jumped into the water and had a panic attack.

“It felt like a heart attack,” Paider said. “It was like I was being strangled, but it wasn’t that extreme yet. But it would grow to be that way.”

Over the next ten years, Paider experienced worsening panic attacks in the water and at a certain point, she said she couldn’t even put her foot into a pool.

“I had to recover from that,” Paider said. “For me, it’s not a life without the water.”

After visiting the Dominican Republic for a wedding, Paider decided to move there and found a landmark called 27 Waterfalls, which is a series of descending waterfalls with a two-hour hike to the top.

“The only way back down is by helicopter,” she said. “Or you can jump down the waterfalls.”

The waterfalls were a key part of her recovery, she said, but she never actually attributed her panic attacks to mental health.

“For me, it wasn’t consciously connected,” Paider said. “That being said, paying attention to mental health is so important.”

Paider said that while in college at Eau Claire, she faced some extremely difficult situations that she sought out therapy for.

The conversation and resources around mental health were very different in 1990 than they are today, she said, and she encouraged greater openness when it comes to mental health.

“The more we talk about it and the more we all heal ourselves, the more we’re able to help each other, no matter what stage we’re at,” Paider said, “even if we don’t know it’s connected to mental health.”

Paider said her own cinematic life journey inspired her new book, “The Hollywood Approach.” The book revolves around using lessons from movies to inform our lives. It’s a support guide for chasing your wildest dreams, she said.

Andy Vick, a fourth-year theatre arts student and writer, editor and host of “Reel Talk” on UW-Eau Claire’s TV-10, shared his thoughts on the role movies and dream-chasing play in our lives.

“Dream chasing has been a staple of the Hollywood film since before the first frame of film was ever even shot,” Vick said. “It’s a very western-style of storytelling that relates more to our American sensibilities.”

Vick said movies have the power to shape how we see and hear things, but not just through our emotions.

For Paider, that power was in the influence of female protagonists she grew up watching on the big screen, she said. Dream-chasing is behind Paider’s life story, she said, and her goal is to help inspire others to do the same for their life stories.

“I want people to know deep in their bones that it is possible to live your wildest dream,” Paider said. “When we all go after what we want and are living our best lives, it elevates everyone around us. So, somebody has to go first.”

To learn more about Kristina Paider, visit her website.

DeLapp can be reached at [email protected].