Virtual homecoming of 2020 is a wrap, Blugolds

After multiple events and competitions, virtual homecoming of 2020 is complete and here is a quick recap of the week 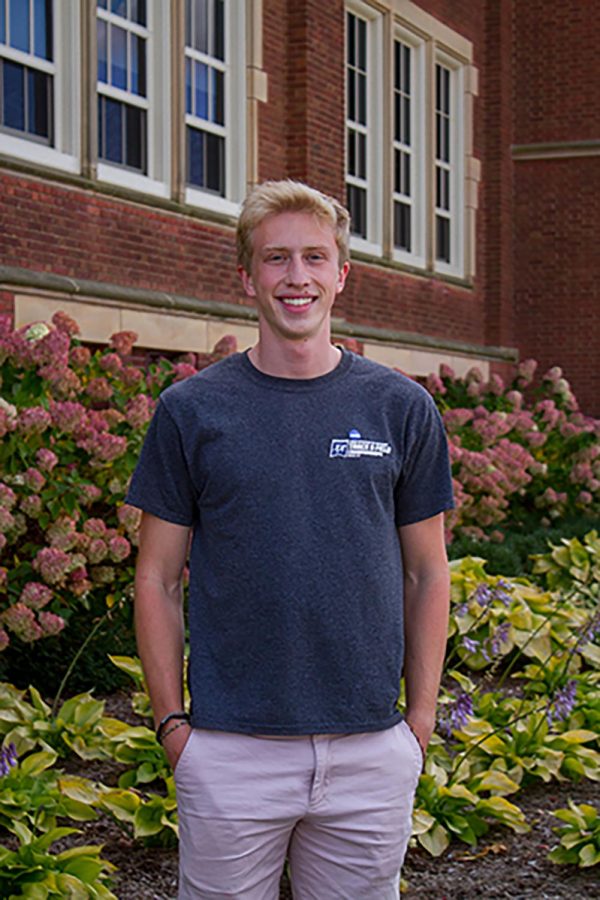 As the virtual homecoming of 2020 came to an end, there were many events and competitions to engage or witness. For those who decided to participate in the window painting, Blu’s Tik Tok challenge and Blu fan-art, they were working towards earning their campus organizations’ spirit points.

The winners of the contests listed above are as followed:

At this moment, Campus Recreation is still selecting winners from the RecUnite photo contest. Therefore, the three photo contests submission winners will be announced later.

The last competition that took place over the week had been the medallion hunt. Students Franny Donovan, Nikolaus Spittlemeister and Jamie Siseman were the winners of that contest.

Spittlemeister, a finance and German student, said the medallion was hard to find.

“The Singing Statesmen president Connor and I started to look for it together Friday morning and we agreed to split the points,” Spittlemeister said.

Spittlemeister said around 1:30 p.m. that day looking for the medallion with Donovan and Siseman, they found it with the help of the UAC chair.

Spirit points were given to PRIDE, the Singing Statesmen and NRHH.

To finish the homecoming celebration, the UAC put together a virtual Varsity Night Live. Where UAC had announced homecoming royalty and the alumni spirit award.

“I was actually very surprised when I was selected for royalty.  I was doing a lot of advertising and many of my friends were advertising for me too, but I didn’t think that was going to be enough,” Skifstad said.

Even though homecoming was online, Skifstad said him and his friends were still able to celebrate this moment.

“There wasn’t an in-person ceremony, but as I said earlier, I was with good friends when it was announced, so that was really fun,” Skifstad said. “The only announcement of us getting crowned was in the livestream, so I am still getting a lot of  questions from people asking if I won or not, so that’s different.”

The Spectator reached out to Bucheger for a comment but did not receive a response.

Wrapping up the show was the alternative genre musician, Briston Maroney, where students and alumni could enjoy the live-streamed performance from any device.

“I think the Homecoming Co-Chairs and I learned a lot from planning a virtual homecoming,” Joann Martin, the coordinator of student activities. “Overall, we are pleased with how everything went. I also think there are components to virtual homecoming that will continue when we can return to our traditional events and in-person format.”

Martin also talked about what she saw through the process.

“Virtual homecoming is not the same, but we still saw students coming together and celebrating their peers and the campus community, which is the purpose of homecoming,” Martin said.

The UAC was able to pull virtual homecoming together and it had big payoffs.

“Moving forward, if we need to coordinate a virtual homecoming again, I think we would be happy to do so and will also have a better understanding of what works and doesn’t,” Martin said.