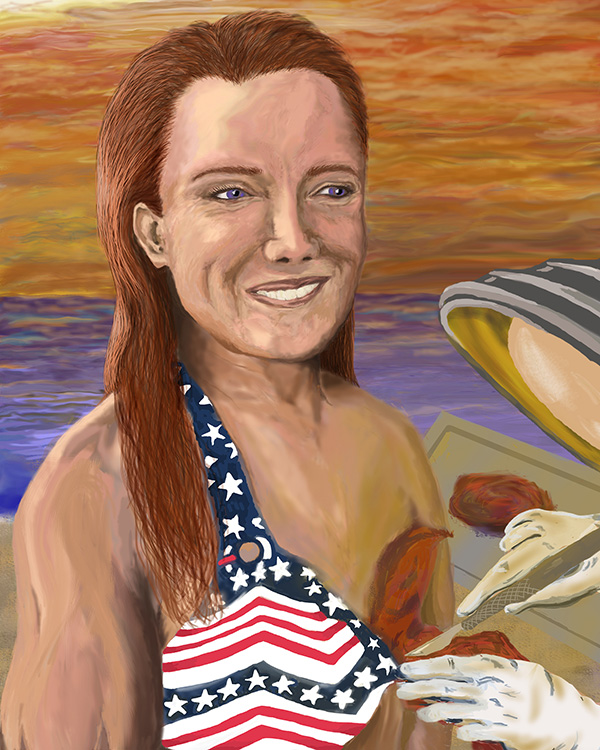 Angela Hazen was diagnosed with breast cancer in June 2016. She documented her journey with a series of sculptures and named them “It Could Have Been Worse.”

Hazen, a senior art student with an emphasis in sculpture, has created six sculptures by creating molds and casts of her breasts at the different stages of her journey. She plans on creating three more sculptures this semester to complete the project. She has also incorporated video and photography into the project.

The mother of five owns two businesses on top of going to school. She owns a T-shirt and sign company. She also owns her own transportation company where she hauls items in a semi truck.

Hazen will graduate in December and said she “would like to go to grad school to teach college courses” one day, but she just started a job with Artisan Forge Studio where she will be creating large sculptures.

“It Could Have Been Worse” was on display in the Haas Fine Arts Center main lobby in spring 2017.