Starting at a young age, this education student has been breeding and showing rabbits her entire life 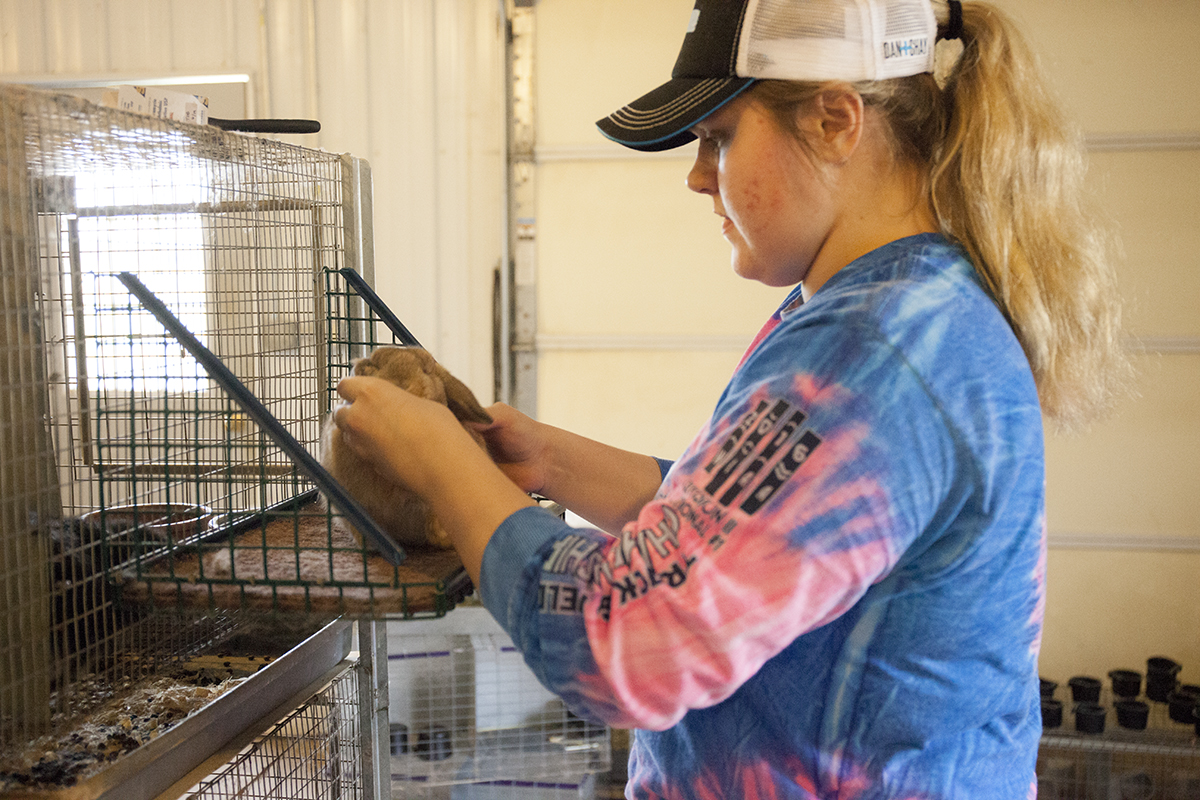 Taylor Deling, a sophomore education student, owns over 100 rabbits which she shows at the national level.

Taylor Deling has been sharing the same “fun fact” in class-wide icebreakers for the past 15 years.

Taylor, a sophomore education student, and her mother Tracie Deling own over 100 rabbits, most of which Taylor knows by name.

“People are always astounded,” she said. “I’ve been telling people about it for 15 years and it still always gets them.”

Her grandmother, Sherry LaGesse, owns between 60 and 70 at her home in Bloomer, Wisconsin.

Nevada LaPointe, a friend of Taylor’s and a sophomore math education student, said she used to go to shows with Taylor in middle school.

“It was really cool because all of her family would go,” LaPointe said. “It was so cool to see all of them in one place showing their rabbits together.”

This multigenerational tradition of rabbit showing began somewhat innocuously; when Tracie was little, her father’s cousin dropped a bunny off on her doorstep as an Easter present. 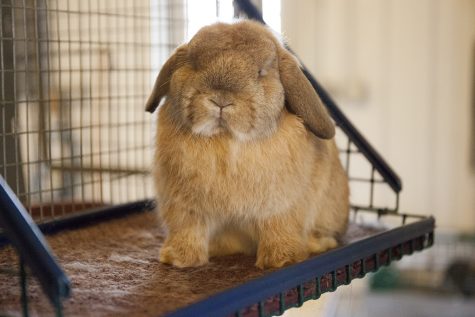 “My grandma opened the door and there was a rabbit,” Taylor said. “It just kind of spiraled off from there.”

The initial gift of a single rabbit grew into 30-plus years of competition and rabbit breeding. Starting off participating in 4-H shows and county fairs, the family has since begun showing rabbits at a national level.

The hobby has taken them to various locations across the U.S., including Colorado, Kentucky, Texas, Indiana and California, she said.

“The amount of trophies and ribbons we have is ridiculous,” Taylor said. “We’ve returned some of them back to different clubs so they can reuse them.”

“It’s not that hard,”  Taylor said. “Once you get one, you get two. They multiply real fast.”

Taylor said she enjoys thinking of entertaining names for her rabbits. One of her favorites, Jordy, is named after Packers football player Jordy Nelson. Jordy’s two babies are named after the real Jordy Nelson’s children, Royal and Brooks.

The “cutest” rabbits, in her opinion, are those who will show well. If a rabbit doesn’t meet show standards then it loses a lot of that cute factor, she said.

The American Rabbit Breeders Association (ARBA) publishes the Standard of Perfection every five years, which details the standards each of the 49 accepted rabbit breeds are judged upon.

The rabbits that don’t quite meet the standard are sold at varying amounts. Depending upon “quality,” they can be sold as pets, for 4-H or for show, she said.

While it’s possible to make a lot of money judging and showing rabbits, her family does it as a hobby, she said.

Her mom’s career as a veterinary technician is helpful with regards to the hobby, she said.

She knows a lot of judges who travel to Japan and Indonesia, along with other countries, and make a career out of it. Taylor, meanwhile, judged at the Eau Claire County Fair this summer and showed rabbits at the Dunn County Fair.

“I like meeting a lot of people from different walks of life,” she said. “You don’t have to be a special type of person to just own a rabbit.”

Because Taylor grew up surrounded by rabbits, she has fond memories of some of her favorite rabbits — “especially the ones who win a lot.”

Her favorite rabbit of all time, Cole, was “just such a character,” she said.

Her family went to Texas with him in 2006 for a state convention, and he won as a junior out of 498 other rabbits, she said. A junior rabbit is one under six months old, while a senior is over six months.

“He’s the rabbit I would just carry around at shows when I was bored,” Taylor said. “I would put him in the cage and lift the latch open and I would just drag the cart around the show … People who didn’t show Hollands just knew of Cole because he was such a character.”

Her favorite part of growing up in the rabbit-showing community has been seeing a variety of different kinds of people all come together for a passion that isn’t well known, she said. 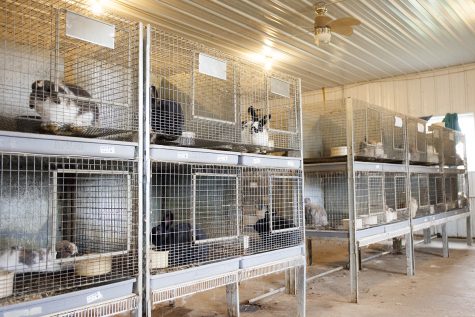 “I do a show and it’s like a whole other element of my life,” Taylor said. “Then I have to return back to reality.”

LaPointe said before knowing Taylor she had never really thought about the business of showing and breeding rabbits. However, years ago Taylor gifted her with a rabbit named George, so she said she thinks she knows a “little bit more” about rabbits than the average person.

“If you didn’t do rabbit showing you’d never really think of it,” she said. “If I wasn’t friends with Taylor, I never would’ve even heard of rabbit showing.”

Taylor hasn’t been able to go to a national show since her junior year of high school, she said.
“It’s been kind of hard as of recently,” she said. “I’m just trying to push through it because I actually want to go.”

“It’s such a thing that’s been ingrained in me, I feel like I would lose something if I got rid of them,” she said.

In the meantime, she said she’ll be able to keep sharing  her copious amounts of rabbits with the community.

“I’ve been telling the same interesting fact in school for the past 15 years,” she said. “Either that fact is that interesting, or I lead a very boring life.”