A Blugold accepted into Peace Corps 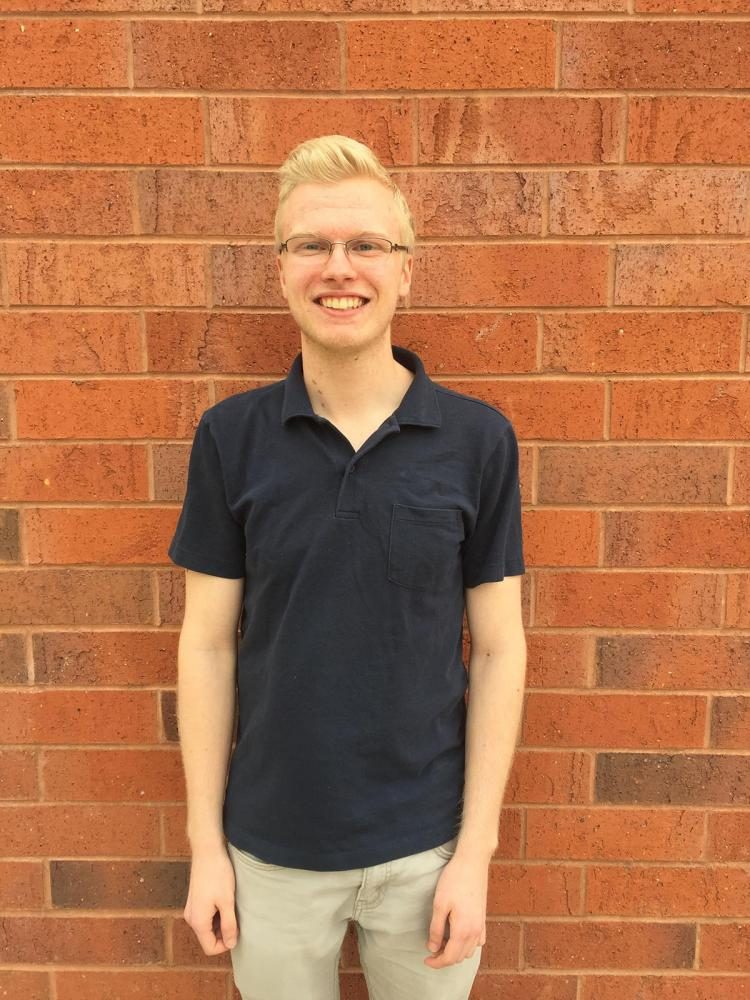 Nicholas Stamm, a senior political science student, was accepted into the Peace Corps after participating in the prep program on campus. He will be volunteering in the Philippines for two years where he will teach English to secondary level children.

Two years ago, UW-Eau Claire officially signed the grant to provide a Peace Corps Prep Certificate program for students interested in applying to or eventually attending the Peace Corps service after graduation, becoming the only school in all of Wisconsin, Minnesota and Iowa to offer the prep program.

The grant was created by three faculty members on campus, Paul Kaldjian, department chairperson of the geography and anthropology department, Colleen Marchwick, interim lead of the Center for International Education (CIE) and Marc Goulet, a math professor and the academic director for the Peace Corps prep program.

“We felt this program would be a good addition to campus given all of their existing strengths as a strong undergraduate school with good experiential based community service,” Goulet said. “It gives students the chance to engage and an experience that would help them serve in an international development capacity, potentially with the Peace Corps.”

Nicholas Stamm, a senior studying political science, is one student who took full advantage of the program. In June, he is flying out to live in the Philippines for two years where he will join the Peace Corps and volunteer by teaching English to secondary-level children.

“The program is essentially a way to prepare oneself to have a better looking application and a wider range of experience for the Peace Corps service,” Stamm said. “It provides interview practice and getting involved in the community and you can do this by taking classes that allow yourself a better global perspective.”

Stamm said he never really knew he wanted to join the Peace Corps service until the opportunity fell in his lap.

The summer after his high school graduation, Stamm attended the five-day World Affairs seminar, which took place at Carroll University in Waukesha, where students from all over the world come and talk about pressing issues around the globe.

It was after he attended the seminar when Stamm decided he wanted to go into political science or international affairs.

“I don’t know what eventually ticked in me where I kind of realized that going abroad and whether it be volunteer work or something to that degree, but the Peace Corps felt right to me,” Stamm said. “Going out and working and actually applying the stuff we have learned in all of our life is part of what made me so interested.”

A Peace Corps representative had visited campus a previous year, and by talking with her, Stamm said he realized the Peace Corps was an opportunity jumping right out of college he would never get again.

Stamm decided to apply, which led him to find out Eau Claire had a Peace Corps prep program.

The application comprises more than a person’s experience in volunteer work — it speaks to their character and being able to apply oneself as well, Goulet said.

“The program is helping students during their time as an undergraduate to develop knowledge, skills and values that would be associated in succeeding in that kind of work,” Goulet said. “Whether through intentional course work they would take, language studies they would engage in, volunteer work or leadership development, students need to speak to how they are going to do that through the application.”

Through the prep program, Stamm went to the Twin Cities and volunteered in a Somali community and area schools for a week. He said this type of experience is exactly what the Peace Corps is looking for as well as some of the classes he has taken on campus to emphasize volunteering.

Stamm said it’s important the program provides services and tools for students, such as resume reviews and interview practice, because it helps students prepare for the future, not only for the Peace Corps, but for life in general.

It shocked Stamm his interview for the Peace Corps service was an hour-long phone call because he has been used to quick ten-minute interviews. He said he was very pleased the prep program helped prepare him for what he was getting into.

Stamm departs June 29 for the Philippines and will be placed with a host family.

His uncle volunteered in the Peace Corps service in the Philippines in the 1980s. Stamm said he is glad he will be able to bond with his uncle through this same experience.

With Mexico being the only location he has been to outside of the country, Stamm is nervous but looking forward to this big and new step into his life.

“I’m definitely anxious without a doubt, but at the same time I also understand that whatever I’m put into I know I can handle it,” Stamm said. “I mean, I think being anxious in a situation like this is fine. I know I’m going to get trained, and I’m going to be surrounded by good people over there. If you’re confident in yourself and know you can handle it, which I know I am, especially after four years at Eau Claire, you know at the end of the day if you know you can do it, you’re going to be fine.”

Although Goulet doesn’t know Stamm on a personal level, he said he is very proud of his acceptance into the Peace Corps.

“The fact that he was accepted into the Peace Corps reflects well on his character and his efforts, but it also speaks well on what we are doing here with the prep program,” Goulet said.

Stamm encourages students to look at the prep program’s website to see if they would be interested in applying.