Senior Blugold is already a published poet, and his life journey serves as fuel to his writings 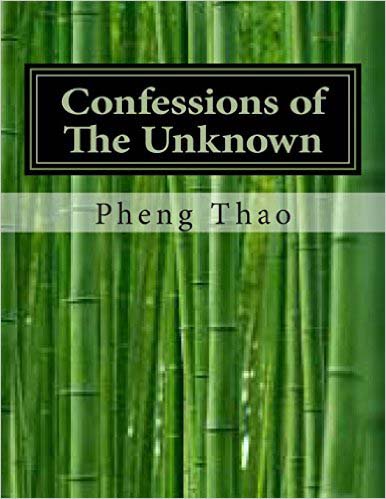 Pheng Thao, a senior criminal justice student, published his first book of poetry in 2014. Since then, he has been trying to find a new inspiration for his second book while being a full-time student at UW-Eau Claire.

The class, English 276, titled Poetry, is filled with students who display diverse levels of knowledge on the subject.

Some students have been around poetry their entire lives and are fans of some of the world’s most popular authors.

Others don’t know much about poetry other than the spoken words blaring out their earbuds in the form of hip-hop, pop or country.

Some are poets themselves. But one student in particular sits alone despite being surrounded by classmates.

He rarely speaks, but when he does people listen.

He’s a poet himself, with a lifetime full of experiences to share.

Born in a refugee camp in Thailand, he moved to Wausau as an infant. After high school he joined the army and served three years.

When he returned home, his city, friends and life was not the same as he left it.

So he turned to poetry as a way to cope with his new hardships and the demons that haunted him.

His name is Pheng Thao. Along with being a published poet, he’s a senior criminal justice student with an emphasis in human trafficking.

“I like the way words come together (in poetry) to rhyme and portray life,” Thao said. “Poetry has helped me a lot.”

In 2014, Thao’s book was published. The piece is titled “Confessions of The Unknown” and is comprised of over 50 of his original poems.

Thao said there is not one overarching theme from his book of poetry.

Perhaps that is why the book’s title includes the word “unknown.” Thao’s work is a collaboration of poems he started writing after returning from the army.

Upon his return, Thao said his life was a contrast to the one he left behind. His friends were all getting married or were away, and Thao said he felt angry.

“It gives you a warm feeling,” Thao said. “If you write things down then it’s a therapeutic session that not even counseling sessions give you.”

The poems inside his book contain over three years of Thao’s experiences, from moments back home to his time at Eau Claire.

But far before Thao was a published poet, he said he remembers his high school self scribbling down poems.

At that time, his older brother’s creative writing served as his inspiration. Thao said he remembers reading his brother’s English papers and wanting to create context of his own.

In those moments, a young poet was born.

Though he said most, if not all his work from high school is lost, his early poems paved the way for his current verses.

Now, Thao is searching for the next step in improving his writing, and English professor Dr. Joel Pace plans on filling the void.

“I read his book and I’m so amazed by his talent,” Pace said. “Pheng has lived such an interesting life. It is great that he brings his readers in and lets them learn from his vast experiences in life.”

Pace is Thao’s professor in English 276, and though he said working with all of his students is a joy, helping Thao grow as a poet is something he looks forward to.

With a masters and doctorate degree from Oxford University, outside of education, Pace’s life is dedicated to literature, music and poetry.

And to Pace, literature, music and poetry are one in the same.

With Pace’s expertise and Thao’s natural poetic talent, the makings of a master and pupil relationship could be in the works.

In time, Thao said he hopes to publish a second book of poetry, but he can’t do so until he learns to write in a different voice and finds new influences.

“My girlfriend told me the poems in my book are dark,” Thao said. “I want to write happier poems so I’m trying to get more inspiration to do that.”