The Blugolds’ indoor track and field weekend ends with a trophy 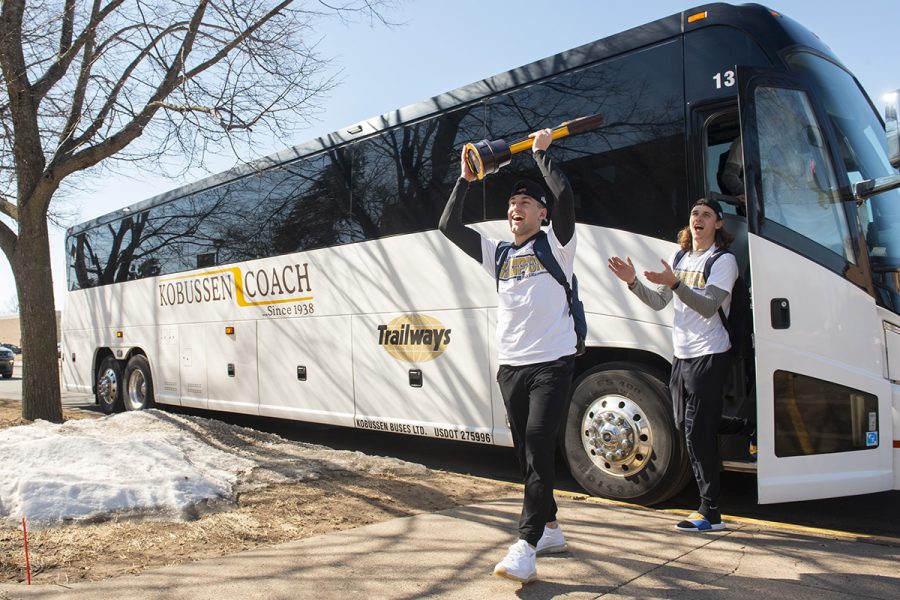 From March 4 to 5, 16 of the UW-Eau Claire track and field student-athletes traveled to the Indoor NCAA Championship meet at the Hoover Fieldhouse in Wartburg College.

“The team that we had this year was something special in the sense that we all truly believed we had what it took to come home with another national championship, and knew that it would take everyone and not one person in particular to show up and walk away as champions,” Schroedl said.

Schroedl set a new UW-Eau Claire record for pole vault of 16’4” which landed him third place in the nation, and also placed third overall in the heptathlon. He also earned an All-American honor, according to the Blugold Athletics page.

Schroedl also said that being at the NCAA Championship meet was surreal, and each meet of the season kept getting better and better.

Jordan Lijewski, a fifth-year accounting and finance student, competed in the 400 meter dash and was the anchor for the men’s 4×400 meter relay.

“It’s so much more fun being able to compete against teams we never see during regular season,” Likewski said. “All the athletes there are the best of the best, which pushes all of us to perform at our peak.”

To prepare for the NCAA Championship weekend, Lijewski and Schrodl said that they eased up on the lifting and running with new or altered workouts for their “peak season” around the time of nationals.

According to Chip Schneider, the UW-Eau Claire track and field head coach, the athletes just stuck to the training cycle knowing that the best results happen when it really matters.

“Our team will always show up when it counts the most,” Schneider said. “We train to compete on the biggest stages and will continue to do this.”

Schneider also said that although he is proud to be the head of the program, he gives a lot of credit to the assistant coaches.

The UW-Eau Claire outdoor track and field team has already started training for upcoming meets. Their first outdoor meet will take place on April 9 in the Roger Harring Stadium in UW-La Crosse. To keep up-to-date on scores and results, visit the Blugold Athletics page.

Cronk can be reached at [email protected]