Team looks ahead to play offs after close match on Saturday 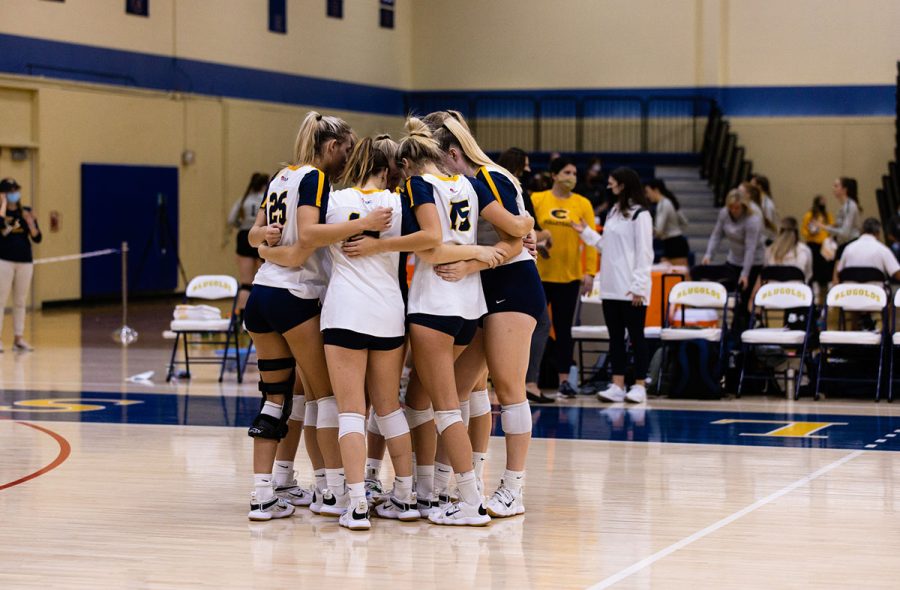 Team looks ahead to play offs after close match on Saturday

Even though the Blugolds came out on top, according to Kendra Baierl, a fifth-year middle hitter, the team was caught off guard and reminded of some important lessons by how close the match was.

“We didn’t expect it to be as tricky as it was,” Baierl said, “but I’m really proud that we persevered.”

The two teams traded set victories back and forth, culminating in a tight win of 16 to 14 for Eau Claire in the final set to win the match.

Taylor Scalia, a fourth-year defensive specialist, led the team in digs with 17, and Baierl led the team with 20 kills.

Kim Wudi, the head coach of the Blugolds, said the match had not gone as they hoped, but still reflected some important values and lessons for the team.

“I felt like we were not playing the best volleyball that we knew we could play,” Wudi said, “but at the same time, I thought that we were really resilient and gritty, and that’s what let us come out on top at the end.”

Wudi also said the match was an important reminder of the importance of failure recovery, which she prizes as a valuable mental asset for the team.

“Sometimes teams do something to put pressure on us, and that’s when failure, recovery and being in the moment is really important,” Wudi said.

Baierl said that, in the midst of an impressive winning streak, this match was also a reminder to go into every game expecting a challenge, no matter how the match-up may look on paper.

“We still have to earn every point, and that’s something we need to keep at the front of our mind as we go into playoffs,” Baierl said.

According to Wudi, the match did provide some encouragement, as well.

“It does show that we can still win while not playing our best,” Wudi said. “That really shows the level that we can truly perform at when we come out, stay focused and play at our best.”

Saturday’s win leaves the Blugolds with a 27-3 record, maintaining their first place position in the WIAC volleyball standings.

Oct. 30 was also Senior Night for the team. Wudi said the team has three fifth-year and five fourth-year students graduating during the 2021-22 school year, which she added is one of the largest groups to graduate at the same time from the volleyball program.

“It was emotional,” Wudi said, “especially because they have meant so much to our program in terms of their leadership alone. They’re amazing players, but better people.”

The Blugolds return for a home match against UW-Oshkosh Thursday, Nov. 4. The match will begin at 7 p.m.