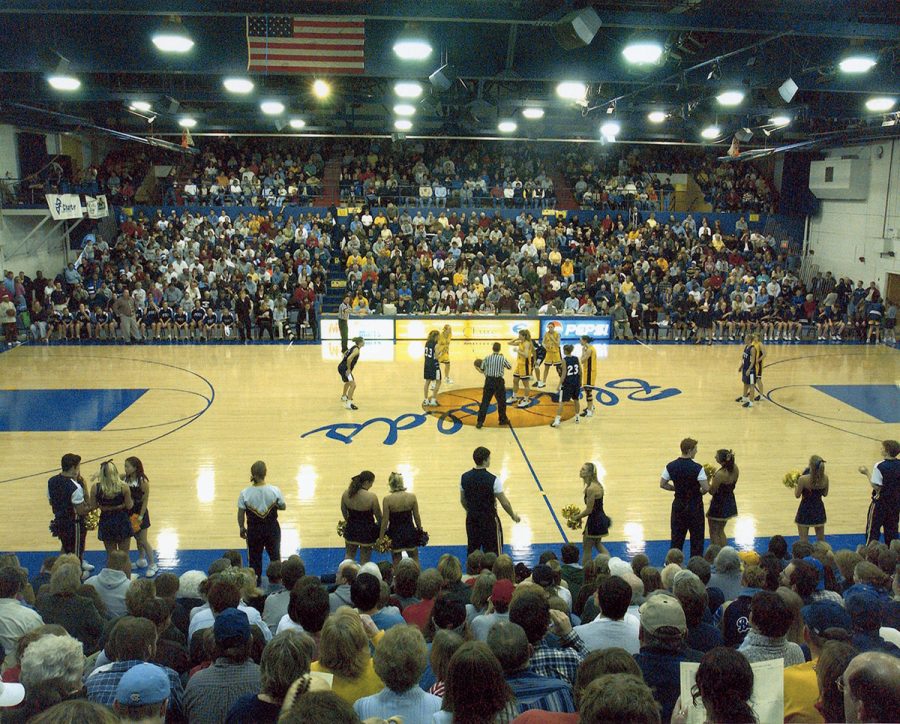 The women’s basketball team has had success in the past according to the Blugold’s Women Basketball Fact Sheet. The team has won 10 WIAC conference championships and has made 16 NCAA tournament appearances.

The Blugolds’ previous season ended with a 74-62 loss to UW-Whitewater, but are coming into the 2021-22 season with a seven to one win-loss record, a record that was limited due to COVID-19.

A familiar face that was once on the team is Katie Essen. Essen graduated last year and was second in scoring on the team as a center and forward. She averaged 15.1 points per game along with 6.3 rebounds.

Although Essen’s days of scoring points and ripping down rebounds for the Blugolds may be over, she is making a returning appearance as the Blugold’s assistant coach.

“She was an all-regional post player for us last year,” Head Coach Tonja Englund said. “We’re fortunate to have her join us as a coach.”

As an assistant coach, Essen spoke about getting ready for this season.

“We’ve just been trying to take advantage of all the practice time we get at the beginning of the season and build off where we left last year,” Essen said.

Last season, COVID-19 limited the number of games that the team played to only eight, if only including conference games.

“The amount of games we usually play is in the high twenties, but we were able to get a ton of practice which allowed us to perform well when we actually got to play. So it was a little weird, but it ended up being a pretty good season for us,” she said.

The team this year has several newcomers, like freshmen Katie Pampuch from Hubertus, Wisconsin who played high school ball for Germantown High School and Anna Koth from Maple Grove, Minnesota who played for Wayzata High School, according to blugolds.com.

“We have around 10 incoming freshmen, so we have a bunch of new faces. We still have a lot of people coming back from last year even though we graduated three seniors, me being one of them,” Essen said.

As seen on blugolds.com, there are some returning players on the team this year as well. One of them is Jessie Rudden, a third-year nursing student from Rochester, Minnesota, who was a big part of the team’s success last season.

“Jessie was all-conference last year, she was our leading scorer. We also have Ellie Clayton, who’s coming back, same as some of the other starters we had last year,” she said.

Essen says she hopes the women’s team can pick up where they left off and play to their strengths this season.

“I think we have unlimited potential. We have a really athletic group of players, and we’re really hopeful that it’s going to be a great season. We’re gonna try to push the ball as much as we can and use our athleticism to our advantage,” Essen said.