After 20 years as assistant softball coach, Baker is stepping down and Blugold alum Place is taking her place 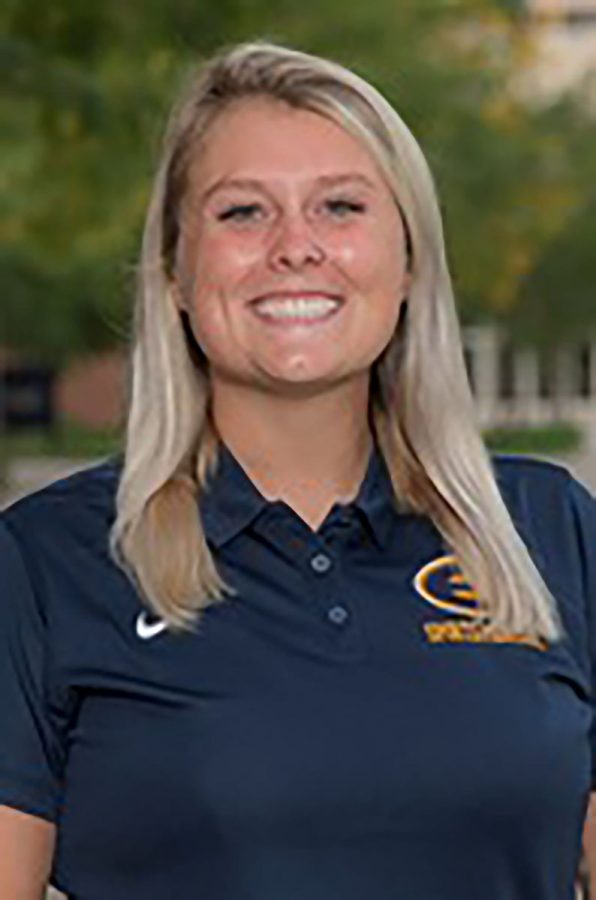 Now, Place said she is looking forward to big goals for her upcoming season as a Blugold coach, including a perfect home game record and a potential run at the national tournament.

“As a sophomore or freshman, I always joked with Coach Huntington, ‘there’s going to be a day where I end up taking your job,’” Abbey Place — former Blugolds softball player and new assistant coach said.

After 20 years of working as an assistant coach for the Blugold softball team, Robin Baker is stepping down from the position, and Place is filling in her role.

Baker also works as a full-time associate director for the athletic department at UW-Eau Claire. She said she made this decision to step down in lieu of the growing scope of her position.

After the establishment of Blugold baseball and women’s lacrosse last spring, as well as men’s soccer this fall, Baker said she found herself with an increasingly full plate of responsibilities as an athletic administrator.

Around the same time, Baker said the athletic department was offered the opportunity to hire Place as an assistant softball coach and assistant strength and performance coach.

“It just made sense from a timing perspective,” Baker said.

Place spent four years under Baker and Head Coach Leslie Huntington as a player for the team, and Place said she reflects fondly on the relationship she was able to develop with Baker during that time.

“Robin is like my best friend,” Place said. “Every day when I was a player we would give each other a hug, and it came to the point where it became a superstition for me that if I didn’t hug Robin on game day, I wouldn’t play well.”

Though hindered by full schedules that don’t allow much time together, Place said Baker has remained an important mentor to her as she shifts from player to coach.

Place said the decision to stay with the Blugolds to launch her coaching career was an easy one.

“The university, the softball program and the athletic department as a whole have given me so much as an individual that it would be an injustice for me not to give back to it,” Place said.

Place said the transition from player to coach has not been entirely easy. She said that because of the impacts of COVID-19 during her junior season, she was technically eligible to return for the 2021-2022 season, and the decision to move from player to coach was conflicting.

“No athlete wants their career to end, but I’m glad I was able to make that decision to finish my career with the seven other girls in my class,” Place said. “Doing that and moving on to coaching meant more to me than playing another season.”

Now, Place said she is looking forward to big goals for her upcoming season as a Blugold coach, including a perfect home game record and a potential run at the national tournament.

At the team’s fall play day last Saturday, Place said for the first time in twenty years, she stood at first base instead of Baker. Afterward, Place asked Baker about her coaching performance.