A season in preview 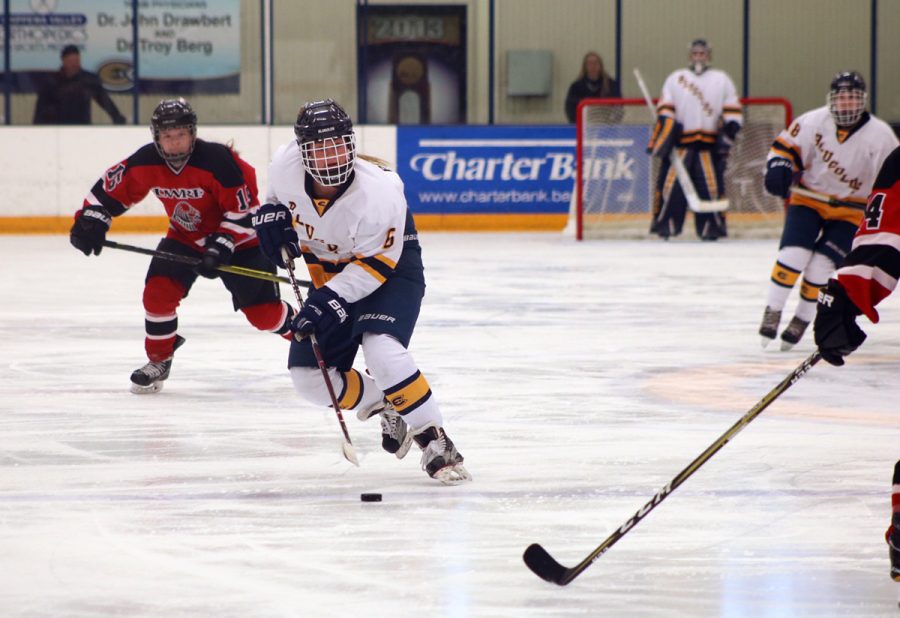 The Blugolds finished with a 9-3-1 record through the COVID-19 pandemic last season.

It’s a new chapter in the program’s history, Erik Strand, the head coach of the UW-Eau Claire women’s hockey team, said. We want to keep writing our history.

The women’s ice hockey team of UW-Eau Claire is starting to prepare for their upcoming season.

Strand has been with the team for six years now and is starting his seventh. Altogether, Strand has coached at UW-Eau Claire for 15 seasons, previously he coached the men’s team for eight years.

To prepare, Strand said that coaches are allowed 19 weeks to work in season. Once they’re out of season, there’s not much coaches can do besides recruiting to prep for the next season.

Looking for the right types of players is one such form of preparation, Strand said. “Rink rats,” a term Strand said comes from Minnesota, are a type of player he looks for.

“As a coach I love rink rats because you just, you can’t find them enough ice,” Strand said. “If anything you find yourself trying to kick them off the ice.”

The team assembled this season is a group that is passionate about becoming better every single day, he said.

With the success the team has had, Strand said, they have to be aware of every team they go up against. He said the program has come a long way — the team used to be the underdogs of every competition they went into.

“That role has been reversed,” Strand said. “We’re constantly reminding our players that we will see everyone’s best game every single night.”

Bree Osborne, a fifth-year criminal justice and Spanish student, is a defensive player and a team captain this season for the women’s hockey team.

Osborne said since it wasn’t a normal year last season — due to the ongoing COVID-19 pandemic — the team was able to learn everything they needed and get comfortable with their playing style.

“I think that with having last year the way that it was, it obviously wasn’t a normal season,” Osborne said. “But that’s just going to help us this year because everyone got to experience playing in games and everything.”

Because of COVID-19, the NCAA tournament was canceled and the team was only allowed to play teams within their conference, Osborne said.

Usually, she said, the team plays around 24 games in a season. Last year they only played 13.

For a relatively young team, Strand said he was happy with how the team performed last season. Considering the uncertainty the pandemic offered, he said the team responded well and did what they could to avoid a COVID-19 infection.

The team looks very young on paperwork and there aren’t too many upperclassmen on the team, Strand said. However, he said the young energy on the ice and the excitement to learn are an advantage to the team.

“Even with the sophomores this year they got experience playing last year, generally a lot of teams didn’t even get to play games,” Osborne said. “So we still are a younger team but I think we have that experience.”

Last season’s only losses were against UW-River Falls, according to Blugolds.com.

Osborne said since her freshman year, UW-Eau Claire has been in the championship with UW-River Falls every single year. Usually, she said, either the Blugolds or UW-River Falls win the regular season in the conference.

Every game matters though, Osborne said. The team is all on the same page and has the common goal to go to and win the NCAA tournament this season.