Despite the pandemic, Blugold sports teams showed up ready to play 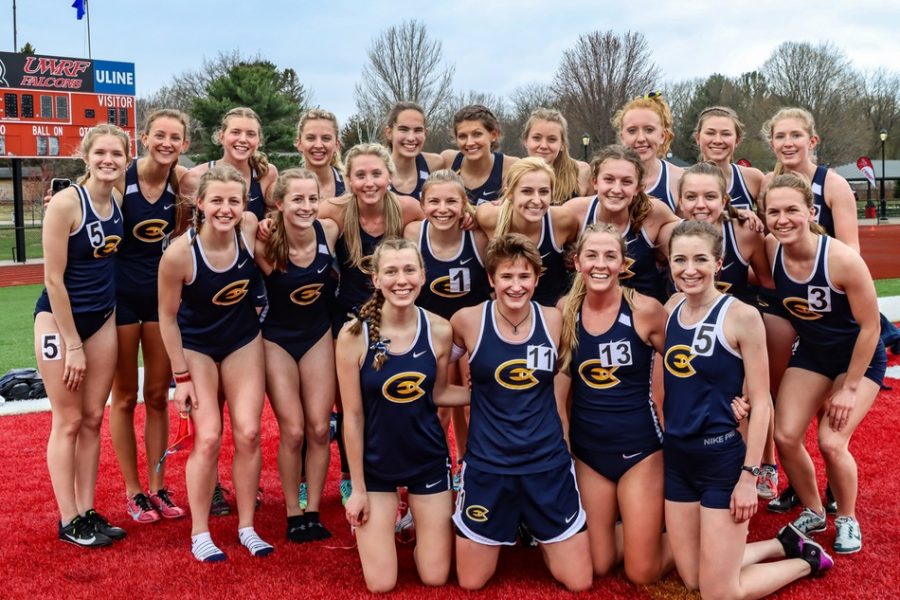 The UW-Eau Claire women’s track and field team competed at the Ashton-Esten invitational in La Crosse.

UW-Eau Claire’s spring sports season has produced mixed results across teams, but many players and coaches said that they were simply happy to play, due to the uncertainty around COVID-19 and how it would affect the season.

Regardless, the Blugolds got out on the field, court and track to represent UW-Eau Claire.

Below are recaps of each of UW-Eau Claire’s spring sports’ seasons.

UW-Eau Claire men’s baseball returned this spring after more than 25 years. The re-entry was a little slow, with the team currently standing at a 4-26 record.  The team finished their season with a series this week against UW-La Crosse and another next week against UW-Whitewater.

The women’s softball team carries a 21-15 record this week, with games against UW-Platteville to round out the regular season.  After that, the Blugolds will head into the playoffs next week.

“I could not be more proud of how hard we worked as a team to come together despite all the obstacles,” Neubert said. “We appreciate all the support we received in our inaugural season and can’t wait to hit the field next year.”

Men’s golf placed at four of their eight tournaments this spring, gathering a third, two seconds and a round one first place at Bobby Krig Invitational in New Prague, Minnesota.

Out of their five regular season tournaments, women’s golf gained a sixth place finish and two first place wins. The Blugolds placed fourth at the Wisconsin Intercollegiate Athletic Conference Championship in Reedsburg, Wisconsin over the weekend.

Head coach Darrin Skinner said that it was a difficult year, but he saw potential in the team and remains optimistic.

“We still won two tournaments and watched some of our freshman develop, so there is a bright future ahead,” Skinner said. “It was also exciting to start to see the team bond near the end of the season and hopefully that translates to next fall.

Men’s tennis ended with a 9-3 record, falling to the University of Chicago in their season finale on May 1.

UW-Eau Claire’s women’s tennis had a strong season with several large wins to finish with an overall record of 10-5. The team made it to the WIAC quarterfinals, but lost to UW-Lacrosse in the semifinals.

Both track and field teams will be going to the WIAC championships in River Falls this week. In late May, they travel to the National Collegiate Athletic Association championship in Greensboro, North Carolina.

The teams had successful seasons with numerous winners in several categories.

Fourth-year athlete Megan Wallace broke a Division III record for the heptathlon at the Ashton-Esten invitational in La Crosse. Head coach Chip Schneider said it was a stellar achievement that the team is proud of.

Schneider said that the teams worked hard to get to the championships – ranked in the top 10 of the nation.

“To bring home a trophy you have to place in the top four,” Schneider said. “Both teams will have an opportunity to do that.  This is what we build and work towards for the whole year.”

Schneider, echoing many coaches and players from across teams, said he was simply grateful for the opportunity to practice and compete.

“The highlight of the year would just be being able to compete again,” Schneider said. “The mood of the whole team changed when we found out we might be able to do these things. Just to have the kids on the bus every weekend and going somewhere. It helps create that feeling of normalcy.”