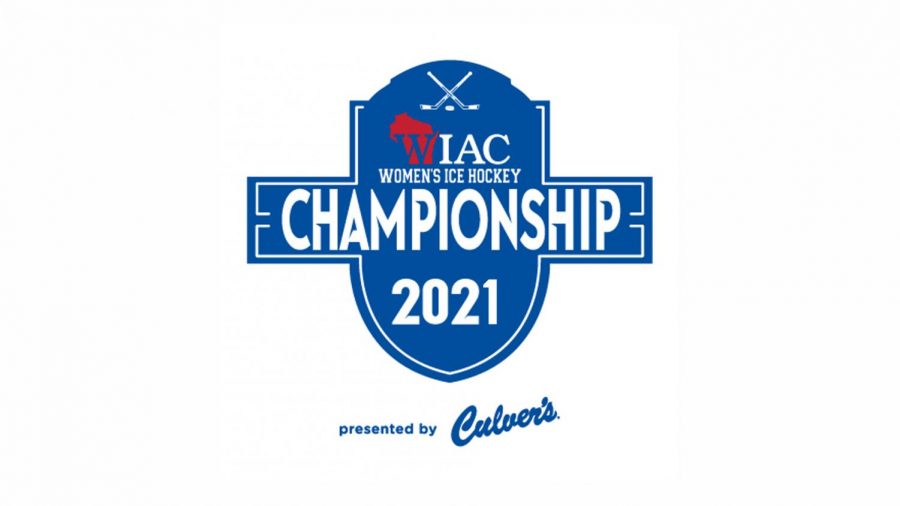 The Blugolds competed in a best-of-three series against the UW-River Falls Falcons in the WIAC O’Brien Cup finals last week.

The Blugolds competed in a best-of-three series against the UW-River Falls Falcons in the WIAC O’Brien Cup finals last week — marking the fifth year in a row the team has made it to the finale.

Game one at home

The Blugolds first faced off against the Falcons March 15 at the Hobbs Ice Arena.

The game went into overtime and the Blugolds had momentum on their side, Erik Strand, head coach, said, but they ended up losing the matchup 3-2.

It was a cat and mouse, high tempo, hyped and fast-paced back-and-forth game, Strand said.

The Blugolds had 23 shots on goal and Stephanie Martin, a third-year goalie, stopped 25 of the 28 shots she faced for UW-Eau Claire.

“We did a lot of things really well tonight and we learned a lot of very valuable lessons,” Strand said, “There’s a lot to be happy about with the exception of the result.”

Strand said if he could go out there and line up again, he wouldn’t change a thing.

“This is going to be the toughest O’Brien Cup to win, I think, ever,” he said.

Strand said he had all the confidence in the world the team was going to give it everything they’ve got.

“That group in that locker room has an opportunity to rebound, refocus themselves and get after it on Wednesday night with a fresh 60 minutes,” Strand said.

On March 17, the Blugolds took on the Falcons once again — this time at the Hunt Arena in River Falls.

Taylar Meier, a first-year defenseman, said the team knew what they needed to do. Strand echoed this sentiment, saying the minute the puck dropped, they just took off.

Neither team managed to score a goal in the first period, but not despite their efforts — the teams shot a combined total of 29 shots on net.

Meier then scored the first goal of the game in the middle frame.

“That first goal was really going to bring the energy and we were lucky enough to get that,” Meier said, “I think it really brought the momentum to the team and everyone got a little bit more excited for what was to come next.”

The Blugolds scored an additional two goals in the second period — winning the game 3-0.

UW-Eau Claire had 21 total shots on goal and Martin blocked all 37 of the goals the Falcons attempted.

Strand spoke highly of Martin’s abilities after Wednesday night’s game, saying she played “out of her mind.”

“We went out there and gave them Blugold hockey,” Strand said.

Now tied 1-1 — both teams having lost on their home ice and having little prep time — game three commenced March 17 back at home and determined the winner of the championship.

“You could tell it was game three in five days,” Strand said.

Then, with a minute and 30 seconds left, the Falcons got a bounce — scoring the game-winning goal and ending the game 2-1 — making them the O’Brien Cup champions.

The Blugolds had 17 shots on goal and Martin stopped 12 of the 14 shots she faced.

Given the adversary the team faced this year, Strand said he is incredibly proud of the team.

“You can definitely tell how much each person in there cares about the person they’re sitting next to and how much they love being Blugolds,” Strand said, “From our players perspective, it’s what I think they dream about when they become Blugolds.”