Men’s hockey loses in semi-final round of WIAC championship 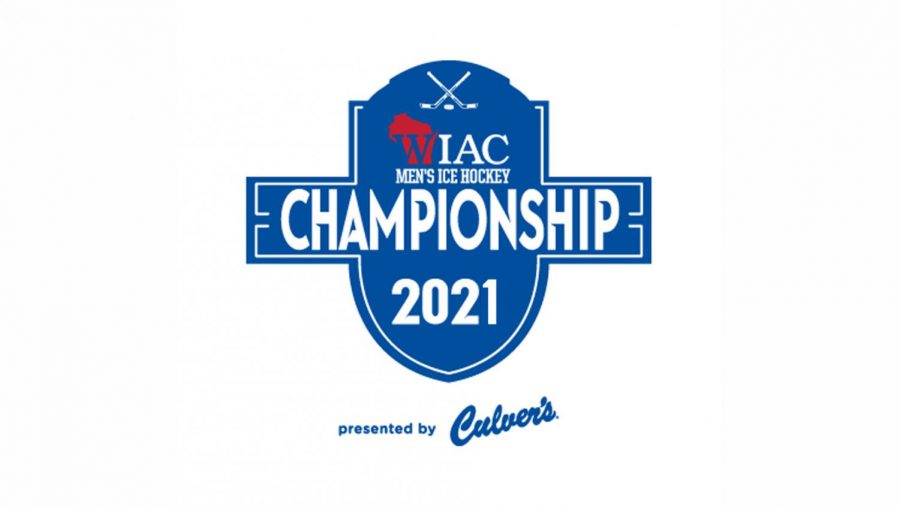 After winning the Wisconsin Intercollegiate Athletic Conference Championship against UW-Stevens Point in 2020, UW-Eau Claire men’s hockey fell to them on March 10.

Last Wednesday, the Blugolds hosted the Pointers at Hobbs Ice Arena for the semi-final round of the tournament. In a “very close” game, Matt Loen, the head coach of the men’s hockey team, said the Blugolds struggled to “put pucks in the net.”

The two teams had a scoreless first and second period. In the third period, the Pointers scored the first goal at 3:48. Cole Paskus, a fourth-year forward, scored one for the Blugolds with just 13 seconds remaining in the game, tying it at 1-1. His shot came with an assist from Adam Parsells, a fourth-year defenseman.

During the third period, Loen said referees waved off a potential Blugold goal.

“That would have been a turning point in the game,” Loen said.

The game went into overtime where the Pointers scored the game-winning goal two minutes later, leaving the final score at 2-1.

Despite the loss, Blugolds put up 28 shots on goal compared to the Pointers’ 16. Zach Dyment, a fourth-year goalie, blocked 15 of 16 shots he faced for UW-Eau Claire.

The Blugolds ended their season with a record of 4-3-1.

Loen said the difference in this game was both goalies played really well and did not allow any rebounds. It also speaks for the game being as close as it was and leaving the first two periods scoreless, he said.

Loen said what contributed to their loss, however, was the team has struggled to score goals recently. Blugolds only scored two goals in their past three games.

Loen said he is going to work with the team to improve on scoring for next season. He said the loss was “frustrating” especially because it was one they definitely could have won. Loen said while it is disappointing to lose at home, he is not going to dwell on it.

“You have to forget fast and move on, so that’s what I’m doing,” Loen said.

Jon Richards, a fourth-year forward, said he was feeling confident heading into the game last Wednesday and the team was too. Beating the Pointers 7-2 earlier in the season felt really good, he said, but he knew going against them in the playoffs would be a lot different.

Both teams had really good defense, Richards said, and it was “frustrating” not being able to score for so long. When they scored in the third period, he said the team gained a ton of confidence they would be able to come out with a win.

Unfortunately, Richards said, the Pointers “capitalized” on their opportunities and scored in overtime off of a bad bounce.

Richards said he will be returning as a fifth-year to play another season with the Blugolds, but hates to see the graduating seniors go. He said he wanted the chance to win a WIAC tournament with them but that opportunity will never come.

“I don’t think I will ever be able to play with them again, and they’re my best friends for life,” Richards said. “We were the most talented group in the WIAC.”