Blugolds even up their record at 2-2 for the season 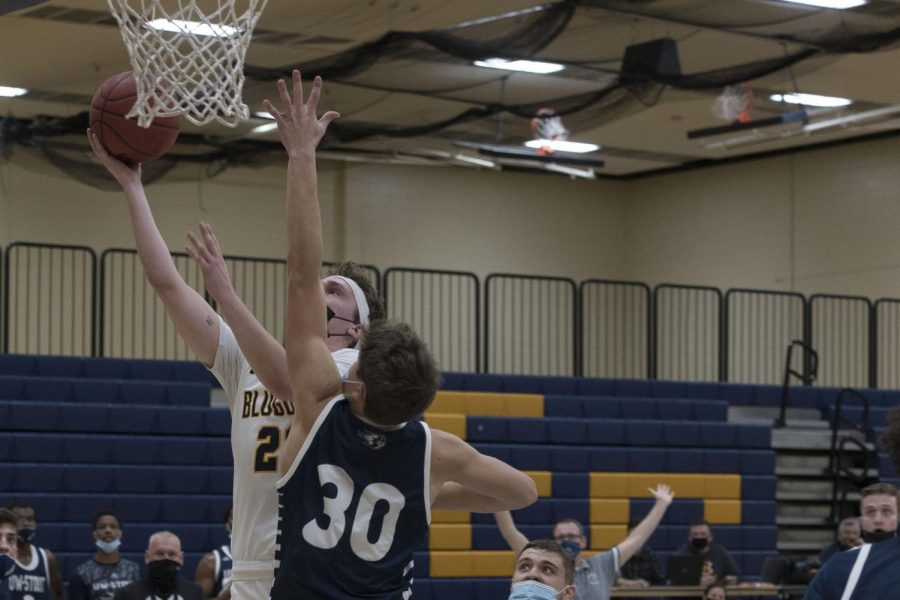 Cam Kuepers, fourth-year guard, led the Blugolds in scoring on Friday with 23 points.

After losing their first two games of the season to UW-La Crosse, the UW-Eau Claire men’s basketball team rebounded this past week, earning back-to-back wins against UW-Stout.

For the first of two matchups, the Blugolds traveled to Menomonie to face the UW-Stout Blue Devils on Feb. 10.

UW-Stout held a lead for most of the first half, and the Blugolds went into the locker room at halftime trailing 33-27.

The Blugolds would eventually tie the game with nine minutes remaining in the second half, but trailed by two points with a minute to go in the game.

Cam Kuepers, a fourth-year guard, hit the game-winning three pointer to put the Blugolds up by one in the final minute, and UW-Eau Claire would hang on to win the game 61-60.

Kuepers, along with Carter Brooks, a fourth-year forward, led the Blugolds in scoring in this game with 13 points each.

For the second matchup of the week, UW-Stout traveled to the McPhee Center to face the Blugolds on Feb. 12.

“I told the guys that our game plan wasn’t much different, but we just had to execute it a lot better,” Siverling said.

UW-Eau Claire was able to build a double-digit lead in the first half, taking a 38-28 lead into halftime.

The Blugolds shot 62% on field goals in the first half, including 6-11 from three-point range, to earn themselves this lead.

The Blugolds’ success on offense continued after halftime, as they opened the second half with an 11-0 scoring run.

After building this lead, the Blugolds never looked back, winning by a final score of 74-52.

UW-Eau Claire finished the game with a 56% field goal percentage while holding UW-Stout to just 28% from the field.

Kuepers said after the game, the team performed better in transition defense, which was critical against a team that likes to push the ball on the fast break.

“I think it went very well,” Kuepers said. “We came out and executed and did what we had to do on the defensive end.”

Kuepers led the Blugolds in scoring with 23 points on 7-13 shooting from the field.

Kuepers said he was able to score effectively in large part due to good ball movement and teammates “making the extra pass.”

“Our offense was just flowing, getting the shots we wanted,” Kuepers said.

“Cam is one of the best in this league — he has been probably for the last two or three years — at putting the ball on the deck and finishing in traffic,” Siverling said.

Siverling said the team was working a lot in practice that week on ball movement and sharing the basketball, which he said the team did much more effectively on Friday.

Siverling also said the team maintained a good energy level for the entire game on Friday.

The Blugolds return to action with two matchups against UW-River Falls on Feb. 17 and 19.