Coaches and athletes share their feelings on participating amid COVID-19 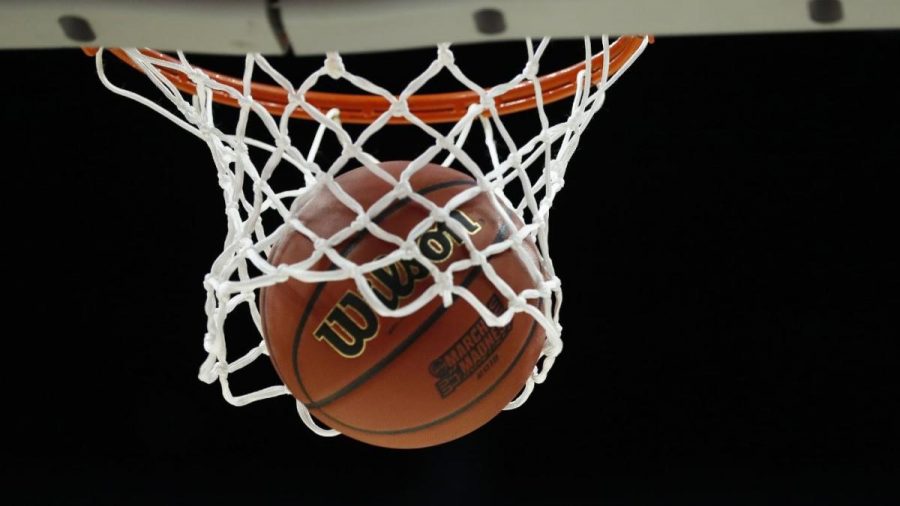 Fader said Drexler was at the NCAA tournament in spring 2020 when they cancelled it due to COVID-19. “In a sense, this season is like another chance,” Fader said.

In December, the WIAC announced it would allow competition with shortened seasons for conference teams.

Despite some sports having to make adjustments to team operations because of the COVID-19 pandemic, Michael Bylander, a third-year swimmer, said the men’s swimming and diving team is just as good, if not better, than they were before the pandemic.

“Our team is as close as it has ever been,” Bylander said.

Some of those adjustments include more practices throughout the day with fewer athletes, a limited amount of athletes on deck, wearing masks unless in the water and no fans to watch the meets, Annie Ryder, UW-Eau Claire’s swimming and diving coach, said.

Ryder said the team has been training since September in hopes they would eventually be able to compete, although it will be quiet without fans.

“We are excited to do all four of our dual meets and are prepared to do very well in all four of those,” Ryder said.

Sarah Dahlk, a third-year diver, said while there was no competition in the fall of 2020, it gave them a chance to perfect their dives instead of focusing on training for meets.

“We had more time to focus on each dive and really go back to the basics to work on what we wanted to fix,” Dahlk said.

Matt Loen, UW-Eau Claire’s men’s hockey coach, said he is looking forward to starting the season off against Stevens Point after having defeated them last year in the WIAC Championship.

Loen said it has been up for debate whether or not first-years will get the chance to play against one of their biggest contenders.

“That’s a decision that will have to be made today and tomorrow,” Loen said.

Loen said he has also thought about what it might be like to not have any fans watching. He said it might be a weird atmosphere, but fans are not the most important component of the sport.

“It’s more about the athletes and getting out there and competing versus having fans or not,” Loen said.

Charles Weiand, a third-year hockey defenseman, said there is a nervous energy about the team because it has been a while. But, the team is excited to compete again since their seasons were cut short in 2020.

“It’s a little weird because it’s been so long, but it’s a good feeling,” Weiand said.

After their season was cut short last winter, Danielle Slominski, a second-year defenseman for the women’s team, said it still stings the team wasn’t able to complete it. However, she said she and the team feel motivated by that to do well this season.

“It’s been a long time coming,” Slominski said. “Everyone is just itching at this point.”

Tonja Englund, UW-Eau Claire’s head women’s basketball coach, said it has been 50 practices without a game and the team is ready to go.

“The motivation side has taken care of itself because everyone is so excited to play,” Englund said.

The season will operate on a one day turnaround system where the team will face an opponent, have a day off and then play them again, Englund said. She said this system is intriguing to her and will be fun for the players as well.

“The one day turnaround is kind of exciting as a coach and as a teacher because you get to help your team improve and then go play again,” Englund said.

Maizie Deihl, a fourth-year basketball player, said she and her fourth-year teammates were all worried about whether or not they would be able to compete in their senior year.

“We had to accept either way, but we were so excited when they decided to allow us to compete,” Deihl said.

Coach Tim Fader of the wrestling team said one of the most difficult things to get used to in the fall was COVID-19 protocol. He said his philosophy has been to develop a team that is strong bonded and close-knit with a lot of camaraderie — like brothers.

“The words we use like quarantine, isolation and distance and all those words are not real easy to develop a team and team building,” Fader said.

Tristan Massie, a second-year wrestler, said he wishes he was able to call someone from the team to plan a wrestle on the mat.

Massie said in the fall, every athlete was designated one partner.

Jake Drexler, a third-year wrestler, said he feels comfortable competing during the pandemic and has confidence that protocols are being followed. He said being able to compete again is exciting.

“It definitely sucked not being able to compete when we are putting in all this hard work,” Drexler said. “The reward for doing that is competition and getting to wrestle other teams.”

Megan Wallace, a fourth-year athlete for the women’s indoor track and field team, said it was rough to have the season abruptly end last year and to train without knowing if she would ever compete again.

“I’m definitely super excited and I know the team is excited to finally compete and get back to work and show what we have been putting in the off-season,” Wallace said.

Schneider said he was depressed because he couldn’t do the job he loved. He said COVID-19 has taught him a lot about coaching.

“It’s taught me that I really like what I do because when it got taken away, it was pretty rough,” Schneider said.