Blugolds take the win at Oshkosh 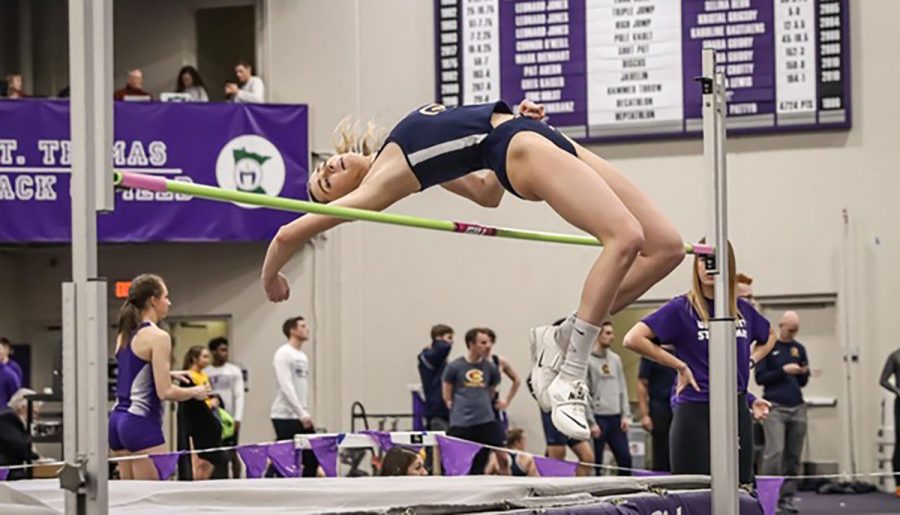 UW-Eau Claire’s indoor track and field teams competed at UW-Oshkosh for the Titan Challenge on Saturday, Feb. 22, with the women winning the meet with 112 points and men taking second place with 98.50 points.

UW-Eau Claire’s indoor track and field teams competed at UW-Oshkosh for the Titan Challenge on Saturday, Feb. 22, with the women winning the meet with 112 points and men taking second place with 98.50 points.

Going to the meet, Kochendorfer said she felt nervous because the conferences are close. However she said she also felt excited because it’s this time of year where the team is at their best.

“I feel really excited about how the team is performing and what we’re capable of,” Kochendorfer said. “I think we’ll see all of our hard work come to fruition at Conference.”

According to Bailey Waldhauser, a third-year team member, this meet was the last meet to qualify for the conference meet coming up this weekend.

Waldhauser said there was a lot of intensity within the team due to the upcoming conference.

Waldhauser said she hopes to give the other schools a run for their money and that the goal this week is to stay focused.

In throws, Alex Boehlen, a first-year, placed second in the shot put with a toss of 16.49 meters while Chris Anderson, a third-year, took second in the weight throw with 17.34m.

Boehlen said he felt good about his performance at the meet, but he still has a lot to improve.

“Coaches are pushing me and helping me fine tune things this week,” Boehlen said. “Now I’m excited for the bigger meets like conference and nationals right around the corner.”

TJ Lui, a third-year, took second in the triple jump with 14.02 meters.

Chip Schneider, head coach of the indoor track team, said he was pleased with the teams’ performance as they completed their goal to solidify their marks.

“We can do better and we will in the next few weeks,” Schneider said. “For this week, we performed to expectation.”

This weekend the teams will be competing at the WIAC championship hosted by UW-Oshkosh.