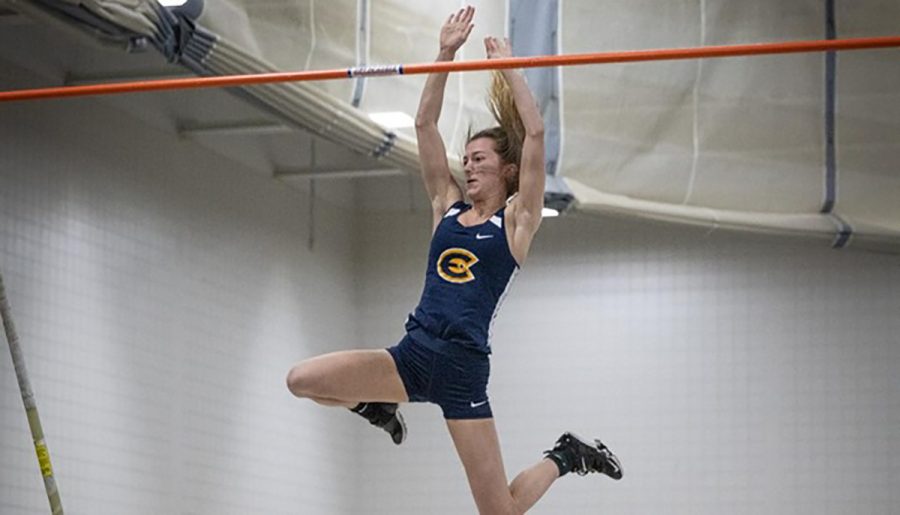 Women’s track and field team placed in the top three for three competitions.

Six women made it into the top three for different competitions. Lizzy Keena, a third-year, Allison Weiker, a second-year, and Ashley Agrimson, a third-year, all finished in second place in the 400- meter dash, pole vault and long jump respectively.

The team did not make it into the finals for 60-meter hurdles. In the preliminaries, Sarah Holappa, a second-year, Jane Kautz, a first-year and Gabby Semerd, a first-year, placed 16th, 17th, 19th, respectively.

According to Chip Schneider, the coach of the women’s track and field team, said the weeks leading up to the meet was filled with intensive training, so the team knew going into the meet they wouldn’t be at their best due to fatigue.

Sneider said the entire distance crew was given the week off from competing.

“Considering the week of practice, we performed as I would expect,” Schneider said. “But we came out healthy, which at this point is crucial, so I’m happy about that.”

Agrimson, who placed second in the long jump at 4.86 meters and is also ranked No. 17 in the nation for long jump, said most of the team was very sore because of the hard training for the best three weeks.

“We only took about half of our team to this last meet so that people with injuries could heal, get another day of training in, or even just take a good mental break,” Agrimson said.

Despite the fatigue, Agrimson said it wasn’t necessarily a bad thing as they want to be at their peak performances during the more important meets coming up.

The team is excited for the next few meets as they get to hold off training a little so they’ll feel less sore, Agrimson said.

“I’m excited to see how the team progressively gets better as we go into our outdoor season,” Agrimson said.

The team will be competing again agianst St. Thomas in Saint Paul, Minn on Feb. 14.