Blugolds fall to the Titans on Senior Night 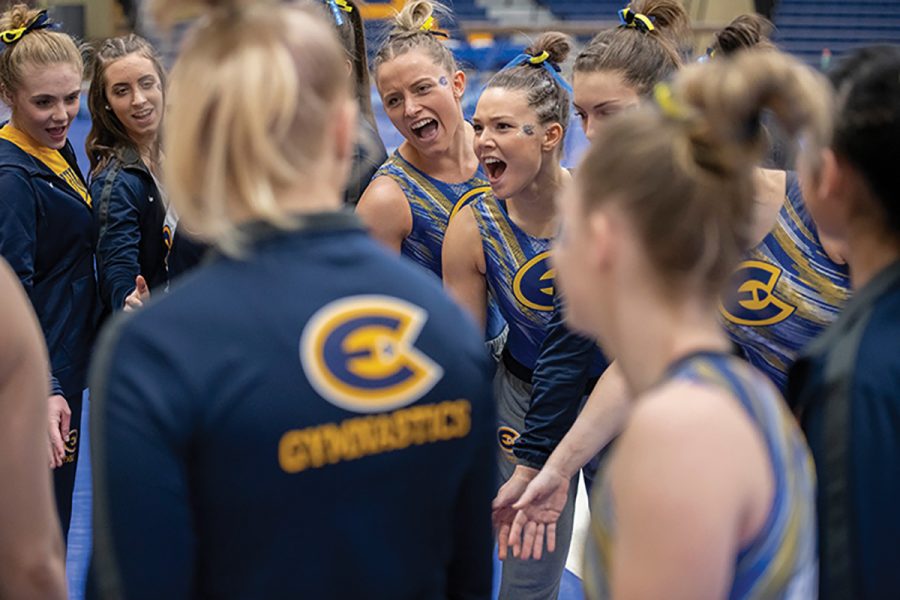 The Blugold’s gymnastics team was defeated by UW-Osh Kosh at their parent and senior night.

The No. 3 Titans outdueled the Blugolds in four out of the five scoring events. Four-year Stillwater graduate Jordan Ehde won the All-Around with a score of 34.900 and led the Blugolds on the floor exercise.

Other top scorers for the Blugolds were Danielle Malecha, a second-year who placed third in the balance beam and Emma Barry, a firsy-year who placed fourth on the vault.

The Blugolds have a young team this year, only having three fourth-year athletes on the entire roster.

“Our squad is young and we know it,” Olivia Sullo, a fourth-year athlete said. “It makes it fun. I remember being a freshman.”

The season started out strong as they traveled to Alaska for the first meet of the year. They battled Alaska Anchorage and South East Missouri. They then fought hard against Winona State, coming up short by less than two points. The competition got tougher as they later squared off against the No.1 UW – Whitewater Warhawks.

The senior class has been together for the past four years and making a deep run into march is something that is obtainable.

Megan Fayler, a fourth-year athlete gymnast qualified for the national meet in 2018 and she is looking to the same in her final year.

“Making it to nationals is always the goal,” Fayler said. “Making it in 2018 was a dream come true but missing the mark last year was tough to swallow. This year I’m looking to get back.”

Along with this meet being senior night, it was also parent night.

Parents of the Blugold athletes traveled from near and far to watch their girls compete at their home facility. Before the meet started, parents were recognized along with their daughters.

With the majority of the athletes hailing from far out states, parent night is only of the only times athletes get to see their parents at their home facility.

Even with a loss, the Blugolds were still smiling.

The Blugolds will travel down I-94 to compete against UW – Stout, the No. 5 team in the nation. The following week the Blugolds host the Wisconsin Intercollegiate Athletic Conference meet at the McPhee-Olsen building March 7, starting at 4 p.m.