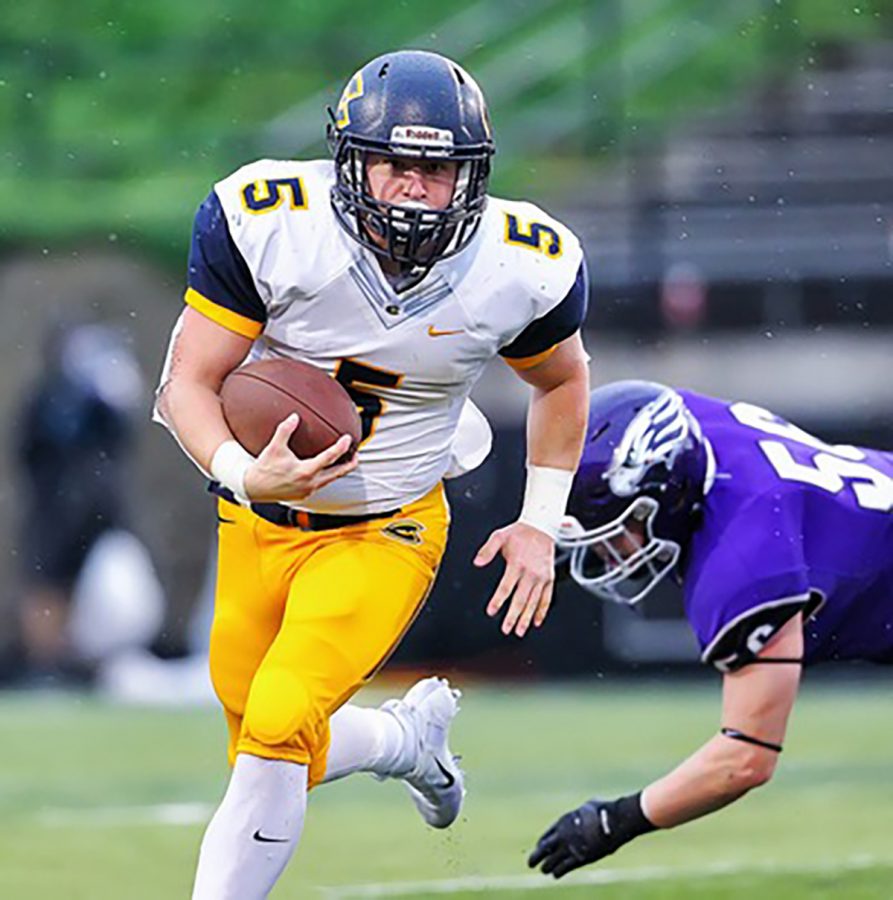 The Blugolds will next play UW-River Falls on Saturday, Oct. 12 for Homecoming.

*Rankings are based on information from the NCAA which determined their rankings on all games through Oct. 7, 2019.

The Blugold offense acquired 243 net yards of offense. Second-year quarterback Jonathan Malueg was 11 for 25 (44 percent) on the day, passing for all 119 of the Blugolds’ passing yards.

The rest of the offensive yardage was gained from the 46 rushing attempts, summing to a total of 124 yards. Third-year running back Austin Belot lead the team in rushing attempts with 20 attempts in the game, accounting for 60 of the total rushing yardage.

“The competition level was high, as we expected,” Wesley Beschorner, the Blugolds’ head coach, said, referring to the Wisconsin Intercollegiate Athletic Conference opener.

This is Beschorner’s first season as head coach for the Blugold football team and he has started with a two-and-two record.

“Whether you win three to nothing or you win 99 to 98, it doesn’t matter,” Beschorner said, “We did not accomplish our goals as a football team (this week).”

“This is our third year running (the defensive scheme),” Alex Mashak said. “We’re very comfortable with it.”

Mashak says that the team is excited about the Homecoming game and the defense is focused on being “fundamentally sound” for the upcoming game against UW-River Falls.

“It’s really a momentum killer when you fumble obviously — especially when we want to get our defense off the field,” Belot said. “We want to be controlling the ball and driving it down the field, and when you get fumbles like that it makes it hard to keep momentum going.”

The Blugold offense recovered one of the team’s four fumbles, allowing three of them to be recovered by the Warhawks.

Belot said the team is expecting to play in raining or sleeting conditions in the upcoming game and they are placing an extra emphasis on ball security and handling the football when it is wet.

The Blugolds are playing the UW-River Falls Falcons at Carson Park for the UW-Eau Claire Homecoming game on Saturday, Oct. 13, at 1:10 p.m.