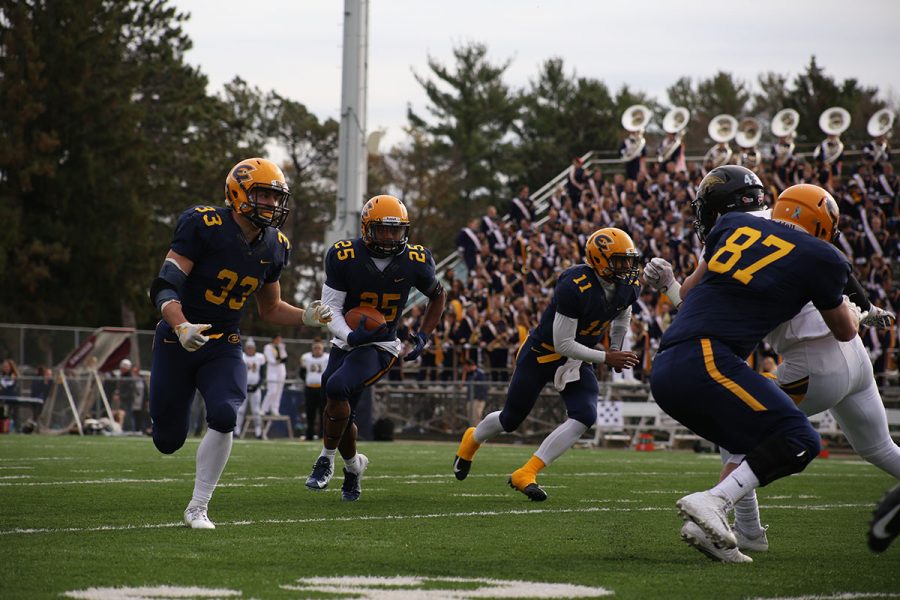 The UW-Eau Claire football team is taking this season one game at a time under new head coach Wesley Beschorner, Austin Burzynski, a fifth-year outside linebacker, said.

Beschorner was hired last spring, ending a nationwide search that started after Dan Larson, the previous coach, stepped down to accept a coaching position at North Dakota State University.

Beschorner and the rest of the coaching staff now have practices, training and fall camp under their belts with the team, and are heading into the season with focus,  said Drew Shrader, a third-year offensive lineman.

“Everything that we’ve done in Fall Camp and prior to that has been about us — nobody else,” said Beschorner at the Football Media Day held on Aug. 19. “We are going to do whatever we can to make ourselves the best team for 2019.”

While Beschorner is adjusting to coaching a new team, the team is also adjusting to a new coach, Burzynski said.

Some of the athletes on the team, like Burzynski, have played under multiple head coaches in their Blugold career, so while there are changes, this adjustment isn’t entirely new for the Blugolds.

“I don’t know if the team could have adjusted any better,” Burzynski said. “It really feels like nothing has changed except for a few different faces here and there.”

The Blugold football defensive coaching staff remained the same despite the change in head coach, and that has contributed to consistency as compared to previous seasons, Burzynski said.

Last year, the team had a 2-5 record in conference and a 4-6 overall record, but the team isn’t going to focus on last year’s record or what’s coming next, but rather play each game on its own, Shrader said.

“We’re just going to go out there and play Blugold football,” Shrader said. “We know we have good athletes out on the field and if we just put it together and play to our full potential then there’s really nothing stopping us except ourselves.”

Burzynski said the team is feeling confident going into the season opener Saturday against Loras College. The Blugolds last played the Loras Duhawks last year when the team recorded its first season opener victory since 2010.

Despite last year’s 45-13 victory against the Duhawks, Burzynski said the team is still as focused as ever and isn’t counting Loras out just yet.

The team will open the season at 1:10 p.m. this Saturday at Carson Park where they will be taking on the Loras College Duhawks. The conference opener will be held at 2 p.m. on Saturday, Oct. 5 at UW-Whitewater.