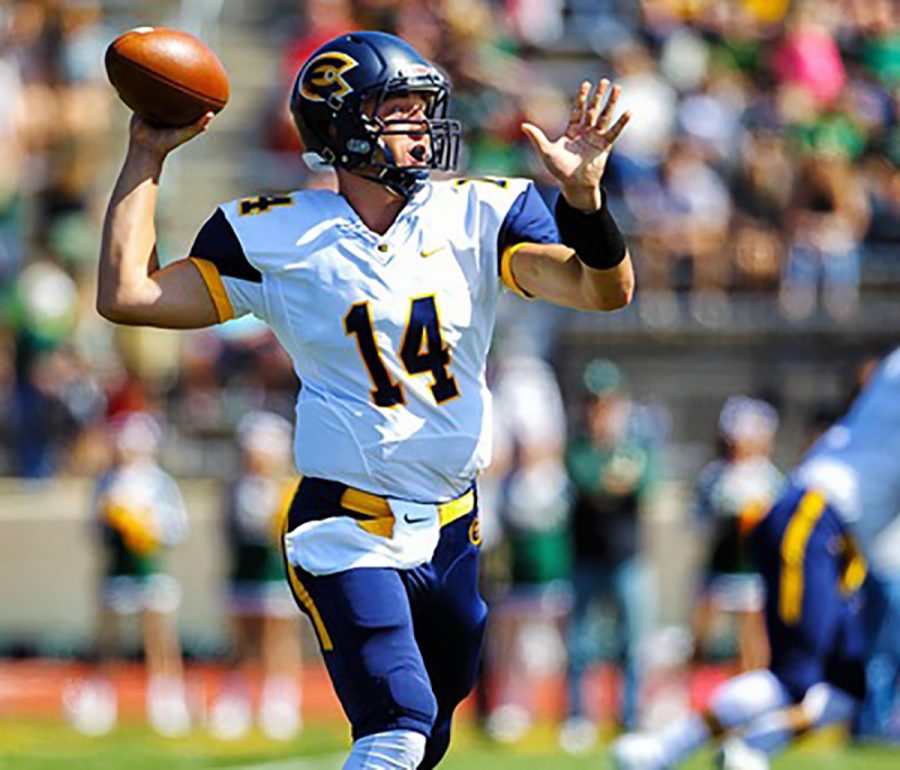 The blugolds will have a week off before playing against St. Thomas on Sept. 28.

Following the season-opening victory over Loras, the Blugolds went on the road to visit the St. Norbert Green Knights and left empty-handed after suffering a 27-21 loss.

Wesley Beschorner, the football Head Coach, was transparent of his feelings regarding the team’s performance.

“We didn’t play very well the first two weeks of the season,” Beschorner said. “We haven’t played like we are certainly capable of. After last week, we got a lot of improvement to do.”

Beschorner said that the Blugolds did improve, but in some areas they just did not get better and that it was a frustrating deal that they didn’t play well enough to win.

Sam Romanski, a fifth-year linebacker, finished the game with seven tackles and one sack, only reaffirmed what Beschorner said.

“We didn’t play as well as we hoped,” Romanski said. “And you hate to say you wish you could have a couple plays back.”

Jonathan Malueg, a third-year quarterback, was 3 for 7 on passing a total of 35 yards and had 3 interceptions. He made a personal critique of his performance, taking full responsibility of his turnovers, saying that they are unacceptable.

Going forward, Malueg plans to create more confidence in what he is able to do going into the game.

Looking at going into the week off, both Malueg and Romanski commented on what they want to see.

Romanski says that the team is excited for the week off and bringing everyone back together and refocusing their attention.

Malueg agreed, saying that he thinks the offense is going to focus on honing in the small, minor details that will propel them even further for St. Thomas.

Romanski spoke on behalf of the team again, saying that the team feels they’re better than a one-and-one team, and that the team is excited to prove it to themselves first and foremost.

According to Beschorner, there is some question around who will be the starting quarterback going forward.

The quarterback who has started these past two weeks has been Malueg, who has been competing for the spot with Josiah Johnson, a second-year quarterback.

“Competition (for starting) is great” Malueg said. “It brings out the best in both of us.”

Johnson went into the game on the second drive of the third quarter after Malueg had thrown his third interception. He completed 15 of his 20 passes, ending with 137 yards and one interception.

Beschorner talked about the end of the game, using a quote somebody once told him to describe the game.

”I heard from somebody really wise,” Beschorner said. “‘When you go into a football game, you know what it’s gonna be? It’s gonna be over.’”

The Blugolds play next on Sept. 28 against St. Thomas. Find out more information at blugolds.com.