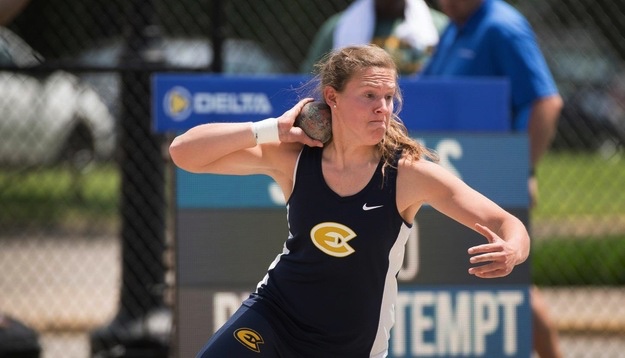 The highlights from Saturday’s meet were all the athletes with nationally ranked scores, head coach Chip Schneider said.

“Erica Oawster won both the discus and shot put,” Schneider said. “She is ranked first and second respectively in those events in the nation. Kyler Lueck and Patrick Treacy had very strong races in the 1,500m. Both ran times that will be very high nationally. David Kornack winning the shot put yet again with a strong opening throw that will have him ranked second in the nation.”

For the women’s team, Oawster won the discus with a throw of 47.25 meters and the shot put with a distance of 14.47 meters.

“It certainly feels really good to win the opening meet of the outdoor season,” Lui said. “It definitely gives me a lot of confidence going into future meets.”

“Going from indoor to outdoor season is a pretty big change and it was awesome to see lots of people perform well,” Lui said.

It’s too early to determine exactly what makes this team stand out, but their goal to stay healthy, Schneider said.

“They are still putting their stamp on what they will accomplish as a group,” Schneider said.

Lui said he hopes to see the men’s team, and himself, qualify for nationals.

“As a team, I really think the men have a really good shot at winning the national title again,” Lui said. “Given that we can fight off injuries and stay healthy there a lot of guys who have the potential to score big points at the national meet. For me, I really want to be a part of that team and qualify for nationals myself.”

Oawster also said she hopes the women’s team makes it to nationals.

“The women, we won indoor conference for the first time ever in history so I think one of our goals is to win that conference title for outdoor,” Oawster said. “I would love to be another national champion.”

Oawster said she’s excited for the remainder of the season.

“I’m excited to get after it again,” Oawster said. “I’m just going to work on staying mentally tough and working on the things that I can do in the circle.”

The team is now preparing for their next meet starting at 6 p.m. April 12 at UW-Platteville.

Walleser can be reached at [email protected]