Outdoor track and field looks to best season yet 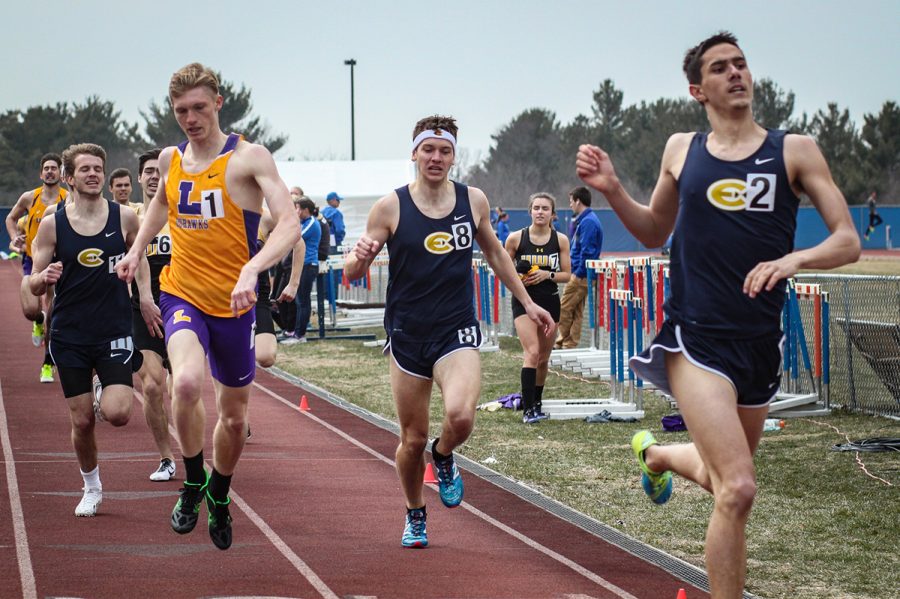 Most of the track athletes at UW-Eau Claire train year-round to be in peak condition to compete.

The UW-Eau Claire men’s and women’s outdoor track season will begin next weekend with the annual Ashton May Invite meet at UW-La Crosse on Saturday, April 5.

“Everybody likes competing outdoors, so the team is really excited for Ashton because it’s our first chance to get a look at our outdoor numbers,” Hunter Henk, a third-year sprinter on the team, said.

For most of the athletes on the team, training for the season doesn’t start in the spring, Henk said. The team trains extensively all off-season in preparation for the outdoor season.

“We start our regular training in November but we don’t actually compete until January,” Henk said. “Most of the team trains year round in preparation for the season.”

Besides off-season training, many members of the tea train all year in preparation for the season, Henk said.

‘If you aren’t training hard for most of the year, you are going to get your butt kicked when you start competing,” Henk said.

Both the men’s and women’s team has had successful seasons in the last couple of years, with the men finishing in the top three in the conference most years and the women’s team placing second last season.

“We were really excited going into last year’s season, and we feel like we have a lot more to show this year,” Kalyssa Watters, a third-year thrower, said.

The team believes that they can continue the trend of successful seasons despite competing in a very strong conference, Henk said.

“Conference is the most important meet for us,” said Henk. “It’s something we build up to all year.”

With a strong combination of experienced upperclassmen and a slew of talented first-years, the athletes have the talent to produce one of their best seasons yet, Henk said.

“We’re pretty well rounded in terms of experience,” Henk said. “The upperclassmen can get us a lot of points and the younger guys really help us out in the relays.”

The first years on the the team are a valuable asset, Although not all of them will compete in individual events, they are important contributors to relays, Watters said.

“Our freshman team is outspoken and determined,” Watters said. “They are talented and I see a lot of potential in them.”

With the temperature and weather improving every day, the athletes are excited to be able to compete and train outside, Watters said.

“We are extremely happy to finally be able to get outside with all the snow melting,” Watter said. “We are excited to just get at it.”

The goal of both teams is competing and winning a national championship, a goal that they believe is very attainable this season, Henk said.

“I don’t want to jinx anything, but we definitely have a 1st place and national championship coming if the stars align.”