UWEC men's tennis is looking to finish the season strong 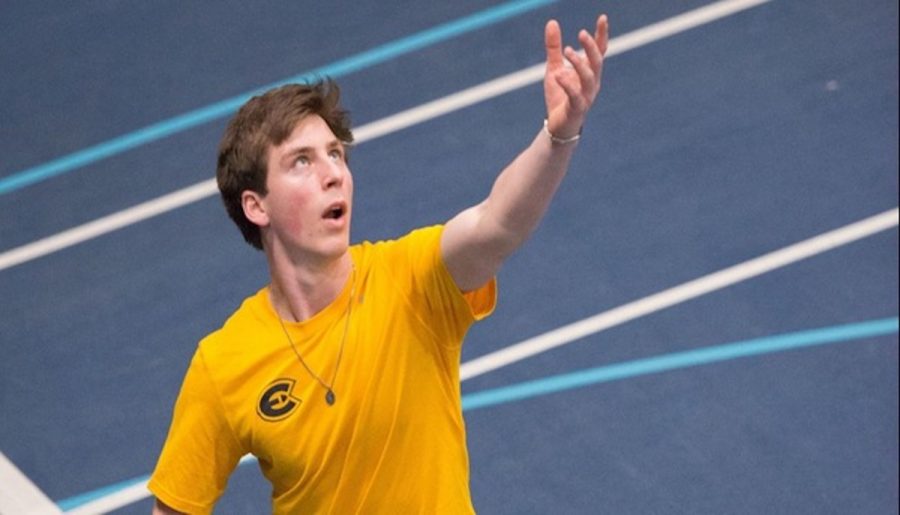 In the singles bracket, seven Blugolds made it past the first round of the draw and into the round of 32.

“We competed very well,” Matthew Gilbert, a second-year athlete, said. “My expectation was that everyone on our team would make it past the first round and most of us did.”

Because the city of Eau Claire hosted the tournament, the team had the opportunity to play at the John and Fay Menard YMCA Tennis Center, where most practices and matches are held for UW-Eau Claire.

“It’s great to be able to play on your home court,” Evan Fridinger, a second-year athlete, said. “I feel like it definitely gives you sort of an advantage.”

Due to the number of Blugold entrants in the tournament, there were many matches in the later rounds where the members of the UW-Eau Claire team played against each other.

“It’s always really tough playing against your teammates in these types of tournaments,” Gilbert said. “It definitely adds a lot of pressure to the match.”

The team believes this added pressure will benefit them later in the season in difficult matches, he said.

“It’s tough, but it’s good for you in a way,” Gilbert said. “It helps you grow mentally.”

There were many factors that went into the success of the Blugolds in the USTA tournament, and support from teammates was one of those factors, Gilbert said.

Matthew Christensen, a first-year athlete, had the most success in the tournament, winning four consecutive matches to reach the finals of the main draw.

“It’s awesome that he’s having this much success as a freshman,” Fridinger said. “He’s gonna be big for us in the future.”

Despite having a talented roster, the team’s success this season has been stunted by off-court issues, Gilbert said.

“We’ve had outside drama and our team has been really injured,” Gilbert said. “If we can overcome that stuff, we can absolutely have more success towards the close of the season.”

The team is currently 5-1 in the WIAC, one match below an undefeated UW-Whitewater team, but the Blugolds believe they can finish out the season strong, Gilbert said.

“I think our team is really coming together,” Gilbert said. “We are definitely having each other’s backs more than we have in the past.”

How the team handles adversity will play a large role in determining the success of the team, Gilbert said.

“I think it depends on how our team handles our losses and tough matchups,” Gilbert said. “If we put our minds to it, we can become the best players we want individually and as a team.”

Alex can be reached at [email protected].