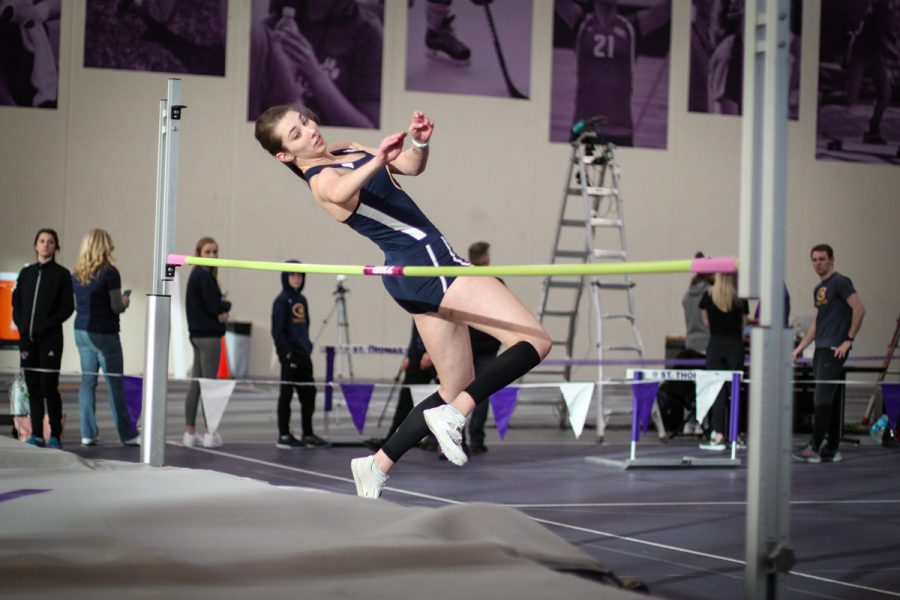 Of the 14 teams at the Titan Challenge, the women took first and men took third place.

The Blugolds indoor track and field team had a strong meet over the weekend at the  UW-Oshkosh Titan Challenge where the men took third place and the women won the meet.

The Blugolds totaled 219 points at the 14-team meet, with the women making 141 of the points earned over the weekend.

Highlighting the first place finish for the women Blugolds were top finishers in three individual events and one event for the men. Having so many athletes qualify for the WIAC was a big milestone, Coach Chip Schneider said. Schneider has been coaching the team for 17 seasons.

“This may be the most women that I have had qualify for an indoor championship since I’ve been here,” Schneider said. “So that is a great sign for the depth we have developed on the women’s side.  The men are not as deep, but have a few top end men who will definitely shine.”

Naomi Long, a first-year student, was one of the women to win on Saturday. Finishing at the front of the pack Long ran the 3000-meter run with a time of 10:43.07. Following close behind was Hannah Lamack, a second-year student, who finished with a time of 10:43.67. Also taking first place for the women was Kady Kochendorfer, a first-year student,  who dominated the triple jump with a score of 11.55 meters. Kochendorfer is looking to continue her success at the upcoming sectional meet this weekend.

“Each week I try to give myself small goals to strive for,” Kochendorfer said. “So my goal going into the conference championships is to surpass what I did the week before.”

Allison Weiker, a first-year student, pole vaulted 3.56 meters, guaranteeing her second place and ticket to the WIAC Championship. Also heading to sectionals in second place is Alex Winn with a time of 4.21.72 in the one-mile run and Ashley Agrimson, who hit 5.69 meters in her long jump event.

The Blugolds will compete in the WIAC Championships on Friday, where the team will get a chance to prove themselves, Coach Schneider said.

“The team is ready for the last few weeks of indoor,” Schneider said. “They have worked very hard and now it is time to see the fruits of their labor.”

The WIAC Championship will be at the Kachel Fieldhouse at UW-Whitewater.

Schumacher can be reached at [email protected]