In their meet against Hamline University, Blugolds won by a fraction of a point 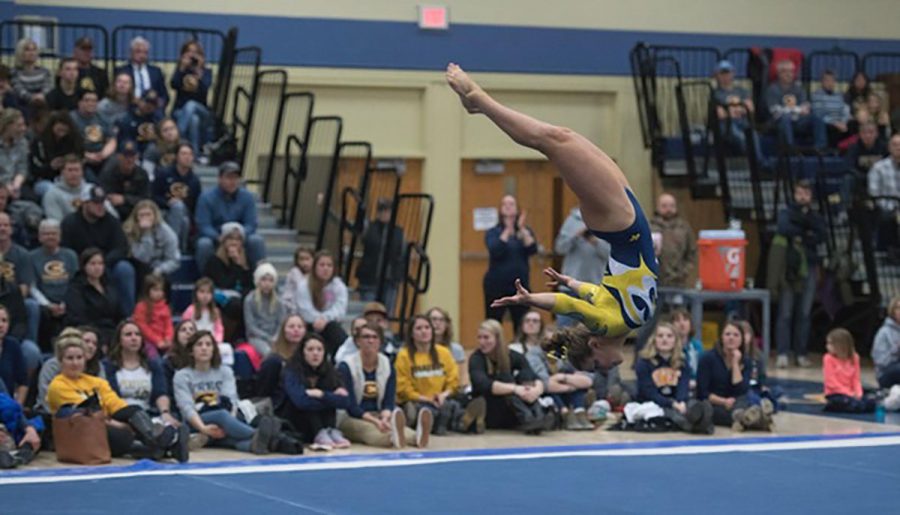 Blugolds not only won the overall meet against Hamline, but also placed first in three out of the four events.

With a close score of 182.750 to 182.525 points, the Blugolds on the UW-Eau Claire gymnastics team beat Hamline University at their meet this past Friday.

Benes, second-year neuroscience student, said this win against Hamline was an impressive victory after the team, as a whole, initially did not seem normal.

“I thought it was really exciting because we started off our season pretty good, but then we had a rough couple of meets,” Benes said. “I feel like our chemistry as a team felt like kinda off and everyone just felt off, so our last two meets, especially our Hamline one, I felt like everything just came together, like we finally wanted it.”

After a hip surgery this past summer, Benes also said she was uncertain if she would be a part of the UW-Eau Claire gymnastics team this year. Therefore, her first place recognition for the vault at this past meet was something she was thankful for.

“I honestly wasn’t sure if I was going to be competing this year,” Benes said. “I’m just really happy to be out there with my team, and being there to help them along and just getting to do it in general, so yeah I’m really grateful for that.”

Bjorge, a fourth-year kinesiology student, reflected on her performance in the floor exercise and the true enjoyment she felt when she finished.

“I go out there and to me, it’s just a performance,” Bjorge said. “It’s not an event or something I had to do, so when I got off the floor, it just felt like a big accomplishment. “ … I just love going out there and performing for everybody.”

Aligning with Benes’ observation that the gymnastics team united and worked towards winning their meet against Hamline, Bjorge said she hopes the team reminds themselves of their abilities to succeed.

“I think some goals for us is just to remember we can do all of our routines and we’re just as good as any other team,” Bjorge said. “Just to keep our fun and positive energy throughout the whole meets because when we’re having fun out on the floor, that’s when we’re doing our best.”