Q&A with a collegiate running enthusiast 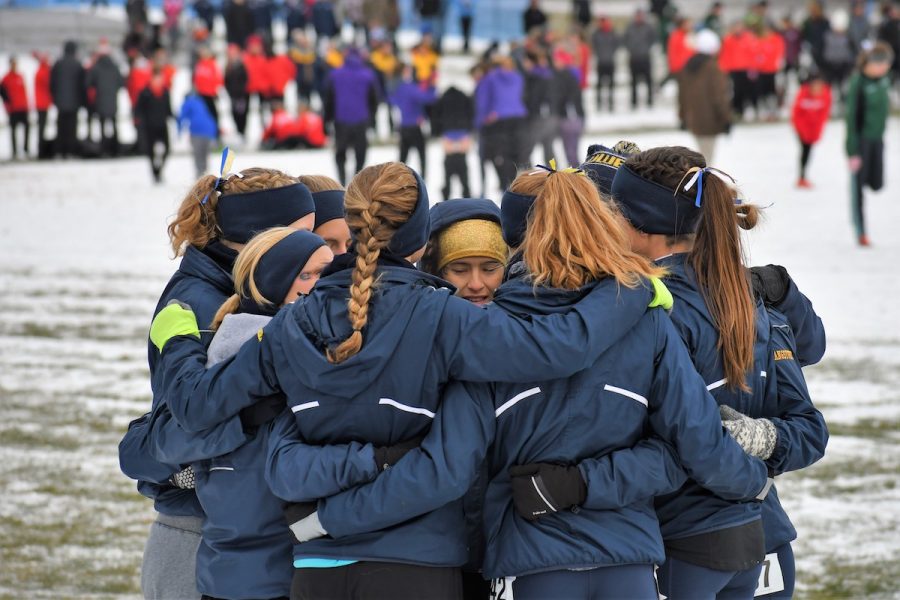 Ever since I was a kid I’ve been running. I can remember my very first race back in elementary school. I ran the Susan G. Komen Race for the Cure through Girls on the Run, and I loved it.

I’m a long distance runner with a passion for miles and miles of running. There’s nothing that frees your mind and solves your problems like a good run. For some people, I must sound crazy, and that’s okay. For others, this might be totally relatable. Whether you hate running or love it, this is my take on the sport.

Why run every day?

For me, running is like coffee. If I don’t get a solid run in, I feel like I can’t always focus in class or get all of my work done without some major procrastination. It gives me something to look forward to after a long day of classes. When I run in the morning, it’s a great way to start my day. I run every day because not only does it clear my mind but it also keeps me healthy and in good shape. If I feel good physically, I feel good mentally. To put it simply, I run every day because it makes me happy, helps me to focus and keeps me in good shape.

What’s the runner’s high? Is it real?

In my opinion, yes, the runner’s high is a real thing. Personally I’ve experienced it after running a really good race. If I were to describe the runner’s high, I’d say it’s a feeling of intense energy; even though I’ve just run a race and worked really hard, I’m ready to race some more. The runner’s high makes a person feel energetic and happy — it’s a great feeling to have after a race.

What’s it like to run collegiately at UW-Eau Claire?

Running for the UW-Eau Claire cross country and track teams is honestly one of the best experiences I’ve ever had. My teammates are my family and there’s always a support system there if you need it. I spend almost all of my time with them, both at practice and outside of it, and I wouldn’t have it any other way. At practice, we work to push each other to run faster and harder. It’s a super positive training environment.

How long is a cross country race?

What’s it like to be at the NCAA Division III National Championship meet?

Recently I got to travel with my cross country team to the NCAA Division III National Championship meet and it was an awesome experience. The championship meet is like the equivalent to a state competition in high school and is the last race of the season. Thirty-two teams from across the United States compete at this meet. It’s a big deal and awesome to watch.

Typically, you travel down to the location of the championship a day ahead of time and you get to go out to dinner with the team the night before the big race. The whole weekend is a great bonding experience.

The actual competition itself is pretty wild, with fans running across the course trying to cheer on the runners as many times as possible. The atmosphere is electric, everyone is excited, whether they’re racing or spectating. Cross country has some pretty crazy fans. It was cold this past Saturday at the championship meet and some fans were running around shirtless, carrying giants flags and banners. I even saw a group of fans that had a giant sword.

The UW-Eau Claire women’s team podiumed at the meet and placed fourth. We received a team trophy as well as individual trophies. I had the biggest grin on my face during the ceremony. The UW-Eau Claire men’s team placed 11th out of 32 teams. We had two All-Americans: Patrick Treacy and Morgan Marek. To earn All-American honors, you have to place in the top 40 during the race.

What’s a typical day at practice?

At UW-Eau Claire, we typically run six days a week. Practice starts at 3:30 p.m. during the school week. Meets are on Saturdays, with the occasional Friday meet. If we don’t have a race on the weekend, we’ll typically do a long run on Sunday, ranging anywhere from 50 to 80 minutes on the women’s side. Our coach has very individualized workout plans for everyone on the team. We do our workouts based on a set number of minutes each week. Some of us will also cross train (stationary bike or aqua jog in the pool) to help aid in the recovery process after a hard workout.

How do you run a race that far?

Running a race requires not only physical strength and ability but also mental toughness. In my own experiences I’ve found that when I’m mentally checked-in to a race, I run better and I’m more competitive. It’s also important to have a positive mental attitude. If you tell yourself you’re going to race well, it will happen. Your own thoughts play a huge role in how well you race. When race day comes around, your body is in shape and you can do it because you’ve put in the training and the miles. You just have to tell yourself you can run a strong and smart race.