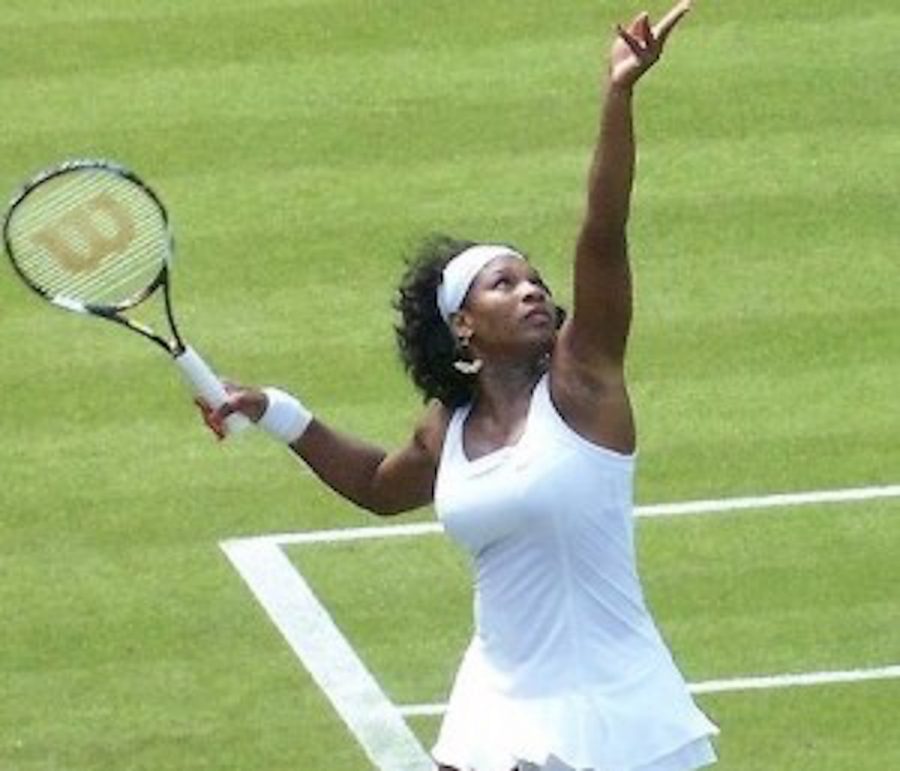 According to olympic.org, Serena Williams was coached in tennis from a young age by her father and won her first U.S. Open title at age 18.

Serena Williams is a force to be reckoned with, both on and off the tennis court. Williams has won six Olympic gold medals and is a trailblazer for Black women in tennis. Recently, she’s taken on the sexism and racism that permeate the sport of tennis.

William is catching some flak for her advocacy, but I stand with her.

The tennis great lost to Japan’s Naomi Osaka on Saturday in a heated final round of the U.S. Open. During the match, Williams received a handful of violations from umpire Carlos Ramos.

According to CNN, Ramos gave the player her a code warning violation when he said he saw William’s coach, Patrick Mouratoglou, give her hand signals from the stands during play. William’s received a point penalty for throwing down her racket and then a game penalty for allegedly verbally abusing Ramos after he punished her for the action.

“You stole a point from me and you are a thief,” Williams said to Ramos, reported CNN.

I consider Williams’ violations an indicator of sexism because they expose the clear divide between how men and women tennis players are perceived by the public.

Tennis legend and equal rights advocate Billie Jean King spoke up for Williams in a tweet.

“When a woman is emotional, she’s ‘hysterical’ and she’s penalized for it. When a man does the same, he’s ‘outspoken’ & and there are no repercussions. Thank you, Serena Williams, for calling out this double standard. More voices are needed to do the same,” King tweeted.

Dominic Thiem, a professional Austrian tennis player, demonstrated similar actions to Williams during the Rome Open in May. He threw down his racket repeatedly, at one point breaking it. He smashed his racket again during the U.S. Open on Sept. 1. Instead of being attacked by public outcry, he was praised for giving his racket to a fan.

What’s the difference, then, between Thiem’s and Williams’s frustrated racket destruction?

The difference is the double standard we’ve been socialized to accept: Male athletes can be aggressive, angry and, at times, hostile and still garner respect.

Women, on the other hand, are unable to express frustration during competition without being reprimanded. They must remain poised and graceful. Signs of masculinity, like sweat and muscles, are seen as a threat to their femininity.

Williams’ existence in itself is a defiance of these gender roles. Her toned physique proves female athletes do not fall into one body type. Williams’ identity as a Black woman further defies tennis’ elitist white culture and, unfortunately, subjects her to more discrimination. For years, she’s had her hair, clothing and body scrutinized.

Unfortunately, Saturday’s events aren’t the first incidents of sexism and racism that Williams, and other tennis players, have faced. Williams’ catsuit — a uniform designed to meet the athlete’s postnatal medical needs — was banned from the French Open. France’s Alize Cornet received a code violation for briefly switching around her shirt.

There’s much to be challenged and changed in the tennis world. To inspire this upheaval, we must lift up strong athletes of all identities and treat the sportspeople in our lives with respect.

Neupert can be reached at [email protected].