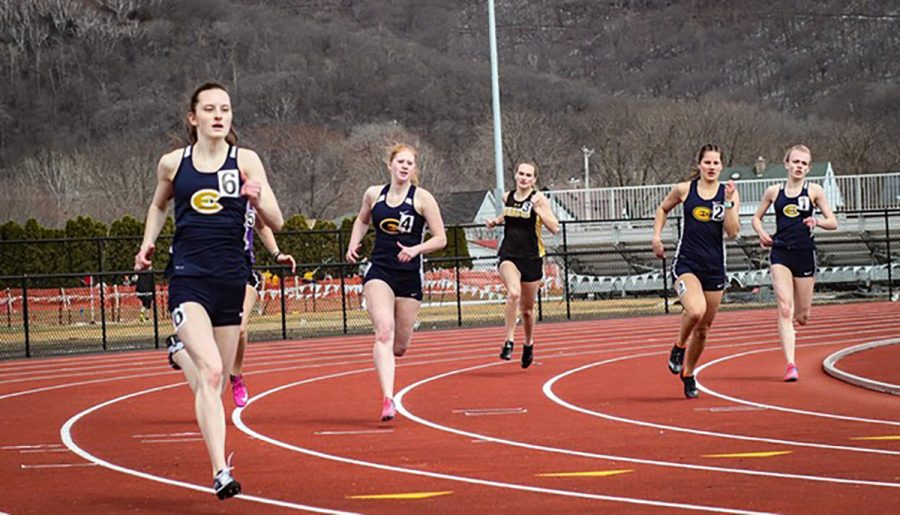 The men’s and women’s track and field team takes on the WIAC championship on May 4-5.

The University of Wisconsin-Eau Claire women’s and men’s outdoor track and field teams competed on Friday and Saturday in the Wisconsin Intercollegiate Athletic Conference (WIAC) Championship.

For the women on the first day of the tournament, Samantha Slattery, a third-year runner, dominated the 10k and finished in first place with a time of 38:13.35.

On the first day of the heptathlon, Megan Wallace, a first-year athlete, had quite the performance as she came in first in the 200m, second in the high jump and third place in the 100m hurdles.

Head coach Chip Schneider said both of the teams have been preparing for this meet for a while.

“We’ve been preparing for this meet and the next meet since the start of the season,” Schneider said. “Everything we’ve done before this have built up to us trying to finish as strong as we possibly can.”

In the heptathlon, Wallace dominated with 4,574 points and was the WIAC champion. She also came in first for the long jump and the 800m run. She took fifth in the javelin and earned a spot on the podium.

Along with a few other seniors taking first place in events, Buergi also grabbed a first place spot in the 400m hurdles.

“It was pretty awesome to come in first place for one of my final meets,” Buergi said. “It’s been a good four years and I’m going to miss competing.”

The 4×100 relay team consisted of Amy Chen, a first-year athlete, Worachek, Buergi, and Tommie Brenner, a third-year athlete. They took third with a time of 47.95.

Hecker took fifth in the 400m while Kummer was eighth. Callie Fischer, a senior athlete, and Lizzy Cisewski, a first-year athlete, were fifth and sixth in the 5,000m.

For the men, Kornack dominated and took the top spot on the podium in the shot put and third place in the discus.

In the decathlon, Michael Amerlan, a second-year athlete took second in the 110 hurdles and discus, third in the javelin, fourth in the pole vault and fifth in the 1500m.

Munn also took second in the 400m and Scwoerer took third. Munn placed fourth in the 200m as well. Brendon Paucek, a senior athlete, came in eighth in the 1500m.

The men finished the meet with a win in the 4×400 from Schwoerer, Christnovich, Groven, and Munn.

Be sure to follow the Blugolds next week on May 10-11 for the North Central Last chance and the Eagle Open.