Stepping up to the plate 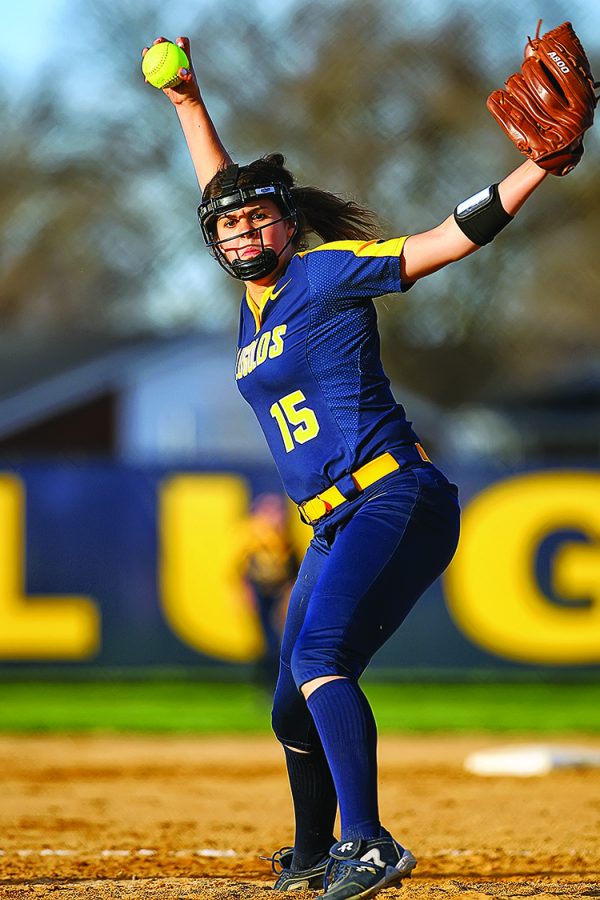 The Blugolds are 12-8 overall and 2-0 in conference play so far this season.

Sunday’s games gave the Blugolds an early lead in the Wisconsin Intercollegiate Athletic Conference (WIAC) with two wins against UW-Platteville.

Going into the games, head coach Leslie Huntington was aware of the new pitcher for Platteville and wanted to focus on achieving a high skill level for her team to be successful throughout the double-header.

“I knew going in that we would need to be disciplined at the plate,” Huntington said. “We did a pretty good job of that.”

The first game of the day ended with a score of 7-2. At the top of the second, Mikayla McEnery, a first-year outfielder, was the first to score for the Blugolds. This inning saw an additional run from the Blugolds to bring the score to 2-0.

UW-Eau Claire scored once more in the top of the third and again at the top of the sixth. The Blugolds scored a second run in the inning from Sarah Peka, second-year pitcher, her first of the season. The bottom of sixth saw two runs cross the plate for the Pioneers.

To finish the game at the top of the seventh, Eau Claire’s Jessica Heffel, junior infielder and outfielder, and Cheyenne Johnson, second-year and pitcher, contributed two final runs.

Game two started out with a double from Blugolds’ Katie Rongstad, a second-year infielder and outfielder. With the next hit from McEnery, Rongstad was able to score the first of five runs in the game. Two more runs were managed in the first inning by Eau Claire.

Half of the 12 hits in the game were divided evenly between Rongstad and McEnery. Overall, the Blugolds were able to hold off the Pioneers from scoring until the bottom of the fifth.

Platteville’s Cayleen Ryan gave one run to her team. Both teams prevented any further scoring for the rest of the innings. In the end, the final was 5-1 in favor of the Blugolds.

Johnson threw eight strikeouts and allowed one walk, one run and seven hits over the course of the game.

Moving on from Sunday’s games Coach Huntington said her team will be able to improve their game and be as successful for the remainder of the conference.

“I’m very pleased with opening WIAC play with 2 wins, especially on the road,” Huntington said. “We need to continue to improve in every aspect of the game but I’m confident we can do that over the next 3-4 weeks.”

Blugold softball will be playing against Buena Vista, a team from Iowa, at one o’clock on Saturday, Apr. 14 due to the postponement of Thursday’s game against UW-Stevens Point.