NFL changes rules for the better

Safety and catch rules have been changed for the 2018 season 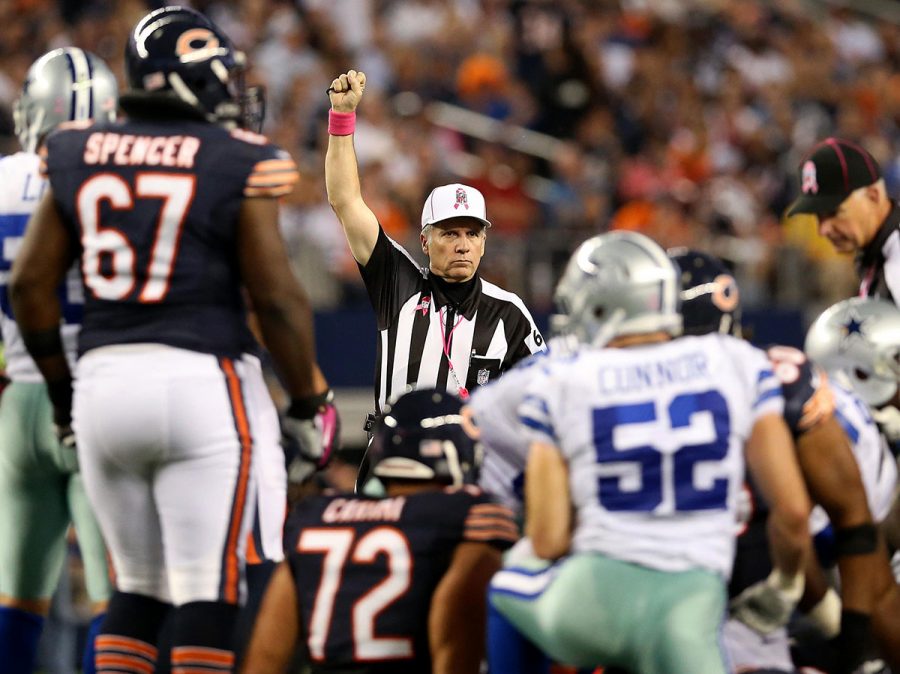 Referees will have an easier time calling penalties for helmet hits and identifying catches.

The NFL’s Competition Committee has updated their safety protocol to now include a stricter helmet-to-helmet hit rule, a new catch rule and various other playing and safety rules. These rules will be in effect beginning at the start of the 2018 season.

The changes in the safety protocol came at the right time. When playing football, along with any other sport, injuries are inevitable. Even with the extreme training and abundance of padding and protective gear, injuries still take a toll. Each year more injuries are occuring during football games — I’ve seen this at both the professional and high school level.

Maybe the changes the NFL is making will impact the rules of high school football as well. If this is the case, many teenagers will be able to participate in a sport they love without the threat of seriously damaging their brains and bodies.

Injuries are sometimes so intense that the player has to cut their season short, which is detrimental to those who are professional athletes and rely on their abilities to play for an income. According to ESPN, the rate of concussions is at a record high in the NFL, with 281 occuring this past season.

The helmet-to-helmet hit rule will prevent players who lead with the crown of their head to make contact with an opponent during any type of play. There will be a 15 yard penalty given to those who lead with their helmet, as well as the player potentially being disqualified from the game. The NFL is working toward a rule that will prevent any type of helmet hitting to occur during plays.

For obvious reasons, this will greatly decrease the amount of head injuries that occur during the football season. Concussions damage one of the most important organs in the human body and I am all for preventing that.

The catch rule has been totally rewritten. Now, a catch is considered to be a catch if the person has control of the ball, two feet or another body part on the ground and a football move. The football move could include a third step, reaching for the line-to-gain and various other circumstances.

I agree with the committee’s thoughts on the impact of the modifications to the catch rule. Hopefully fans and referees will have a more clear understanding of what is justified as a catch, and there will be less anger throughout the fanbase that often comes with the refs’ ruling of a play. Though some of the anger will still persist, the clarifications to catching will result in a definite decrease.

For a long time I have been cautious about indulging in American football due to the fact that injuries are so prevalent. I don’t want to support a pastime so hazardous to the health and safety of people. The changes to the rules will make a difference, and I’d like to keep track of the decrease in injuries in upcoming seasons.