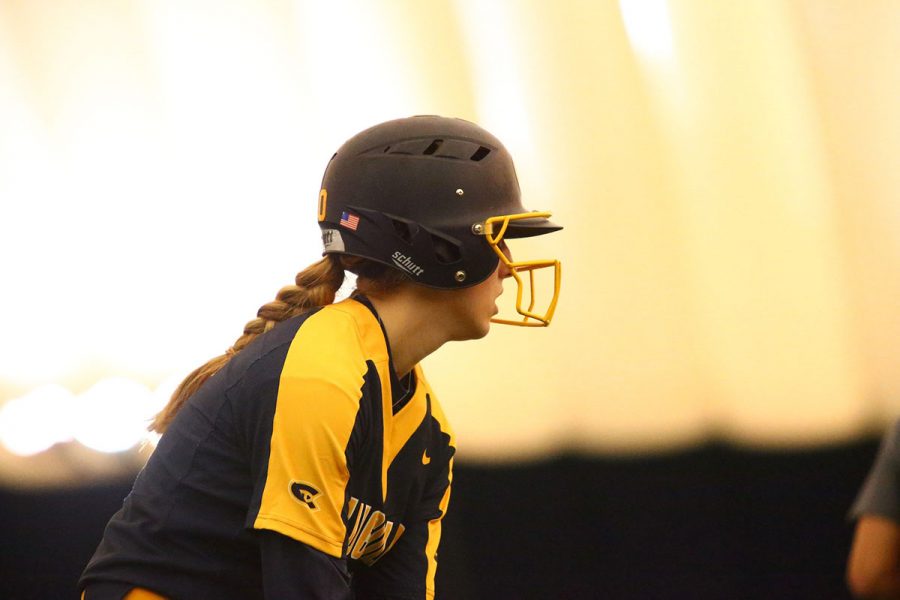 “I thought it was a super productive weekend,” Darby Raffel said, a senior team captain and accounting student. “It was good to see the team’s strengths and weaknesses.”

Eau Claire’s first victim was the NWU Prairie Wolves, who they defeated 9-2. The Blugolds held a strong 6-0 lead during the first three innings of the game until the Prairie Wolves finally answered with two runs home. Their potential for a comeback was extinguished when Eau Claire added three more runs in the sixth inning.

The Blugold’s win against NWU can be attributed to Sarah Peka’s pitching efforts. The second-year threw four innings with two strikeouts, no earned runs and only two hits allowed.

Peka continued to dazzle the competition in game two’s triumph against the Coe College Kohawks. The pitcher delivered a 1-0 shutout, striking four batters out and allowing just three hits.

Providing two of four Blugold hits, Gretchen Arneson, second-year catcher, found her place at the plate. Johnson and Brooke Varian, junior infielder, added a hit each to the total.

Once again, the Blugolds had a strong showing in the first half of the game. Peka pitched the full game, striking three hitters out and only giving St. Catherine two earned runs on four hits.

The offense was awake on Sunday morning as well.The Blugolds led 4-0 until the bottom of the fourth inning. Rongstad, Johnson and Mikayla McEnery, first-year outfielder, supplied multiple hits and a run each.

Though they scored once in the bottom of the fourth and twice in the final inning, St. Catherine’s efforts to make a comeback fell short.

CSB proved a challenge for the Blugolds: The Minnesotan team defeated Eau Claire 9-5 on Sunday afternoon.

However, the Blugolds didn’t fall easily. Until CSB’s comeback, Eau Claire kept a narrow lead of the game. The fifth, sixth and seventh innings were productive for CSB — a total of seven runs were produced between the three.

Both Raffel, one of the team’s captains, and Head Coach Leslie Huntington said the team gained insight from the final game of the tournament.

“We learned we have to find a second and third pitcher,” Huntington said.

Peka, the starting pitcher, had taken a break from pitching during the game against CSB. This left the Blugolds without a strong pitcher and led to CSB’s game-winning offensive showing.

Despite the loss, Raffel said she was glad to get back on the “open field.” Raffel and the rest of the team now look forward to spring break, when the Blugold women’s softball team will travel to Clermont, Florida to compete in a 14-game open.