Sexual assault scandals make their way into the world of sports

Nassar latest to be found guilty 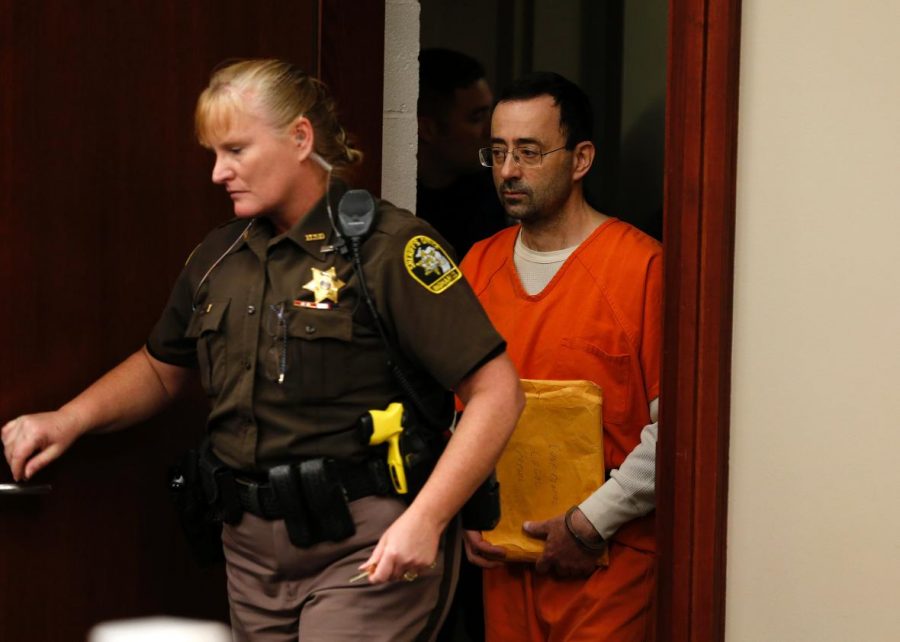 Former MSU Doctor Larry Nassar was testified against by more than 200 women.

Over the past year or so, Hollywood’s people in power have had their dirty secrets revealed to the world. From characters like Bill Cosby, Kevin Spacey, Ben Affleck and Harvey Weinstein to political figures like Roy Moore and President Donald Trump, many of these beloved people have turned into “monsters.”

Michigan State University (MSU) and Olympic Gymnastics team doctor Larry Nassar can be added to that list. Nassar was accused of sexually assaulting more than 250 women and girls spanning over the last 20 years. Last week, Nassar was sentenced to 40-175 years in prison while more than 150 young women and teenagers publicly announced what Nassar had done to them, according to The New York Times. Nassar later stood in two more court cases against him, sentencing him to an additional 40-125 years in prison, according to NBC news.

After three trials and more than 200 women confessing the crimes against them, Nassar will unquestionably spend the rest of his life in prison, barring any appeals.

But, the question is not how he was able to do this, but why was he able to do this for so long? Multiple victims were reporting Nassar all the way back in 1997 but were dismissed because people believed the accused and not the accusers, according to NBC news. Why did it take more than 20 years for Nassar to be found out? A couple of institutions could be looked at.

The FBI started an investigation into Nassar over a year ago when reports came out that he had assaulted three gymnasts, according to The New York Times. Between July 2015 and September 2016, more than 40 girls reportedly were assaulted by Nassar, all the while the FBI was investigating him. After “Athlete A” (who the article referred to as the one who broke the silence) contacted the FBI, neither her nor her mother heard back from the FBI for over a year.

I am sure during the months in between the FBI was researching, doing some digging on the Nassar’s past and talking to other agencies, but for them to go multiple years and to have zero contact with any of the accusers for a majority of that time tells me the FBI did not put the safety of these young athletes as a top priority. Not only were the girls who had already been assaulted waiting for answers and justice, but dozens of other girls were falling victim to Nassar and his “medical” procedures.

The FBI was not the only agency to fail these girls, but also MSU. Nassar, who had been a doctor for MSU for many years, had been doing this with some awareness by the university.

The Indianapolis Star started their own investigation into Nassar after victims came to them, according to USA Today, and found that many of the victims had went to university officials, including a gymnastics coach at the time, Kathie Klages. Nothing seemed to have happened even when the girls went to the university. MSU at least had partial knowledge of what was happening between Nassar and these young women but refused to do anything about it. The university is being investigated by the National Collegiate Athletic Association (NCAA) and the FBI for their role.

Nassar should not be the only one held responsible for the heinous crimes that were committed, but also MSU and the Olympic gymnastics team for knowing what Nassar was doing to these girls and yet remaining silent for so many years.