Who’s to blame for the lack of signings? 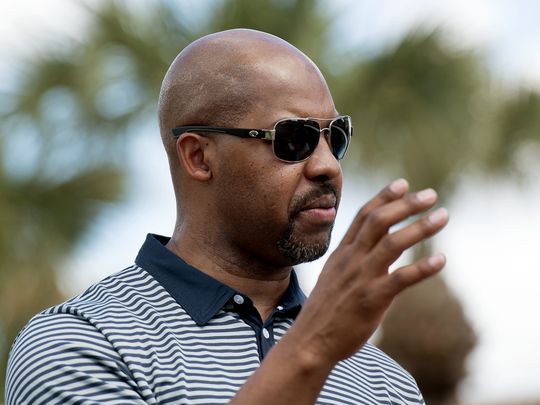 At this point last year, Major League Baseball (MLB) players had found their new home and were settling in with their new teams. It was a typical offseason for most MLB players, resigning with their current teams or signing with a new one fairly early on in the offseason. It gave them time to acclimate to a new city, a new clubhouse culture and a new life.

This year, very few players can say this is still true.

Spring Training is upon us and many of the teams are reporting to either Arizona or Florida to prepare for the upcoming season. At this time a year ago, CBS Sports — who ranks every MLB free agent every offseason — had 45 of their top 50 players signed to a team and 62 of the top 75.

Comparatively, this year, only 33 of the top 50 free agents have been signed. Some of the biggest names in free agency are among those who have not found a new home. Not until this past weekend did First Baseman Eric Hosmer, ranked 6, ink an 8-year $144 million deal with the San Diego Padres, the biggest in franchise history, according to MLB.com. Those who remain without a team have done something MLB hasn’t seen in over 20 years: created their own spring training.

The more than 20 players who created this camp are calling it “camp jobless,” according to the USA Today. Many accomplished players have attended the camp waiting to get a call from another team.

11-year veteran pitcher Brad Hand, who is in attendance, told USA Today he’s “grateful” for the opportunity to be there but said at the same time, “nobody wants to be here.”

So, why are these players by themselves and not preparing for the upcoming season with a real team? A couple of reasons could be brought to the table: overwhelming contracts, underperforming players and everything in between.

Why are the players who are being signed signing short-term contracts and why are teams afraid of shelling out hundreds of millions of dollars to the top free agents? Are players asking too much from teams, or are teams just unwilling to invest in talent anymore? My short answer is yes.

History has shown players who received long-term contracts worth over $100 million have not been worth the money. Bleacher Report ranked the top-ten worst contracts in MLB history and, unsurprisingly, all of them have happened in the last decade.

Since the record-breaking contract of Alex Rodriguez in 2001 signing a 10-year $252 million deal with the Texas Rangers, contract lengths and dollar values have exploded.

Of course, not all the blame should be on the players, they are doing what most of the rest of us would do: trying to get as much money as possible.

For many years, teams wanted the best players available and would give them whatever they wanted to convince them to come to their team. Now, teams are changing their philosophy and are unwilling to give players all that money.

The game of baseball will hurt if middle ground can’t be found between the players and the owners. There are quality players out there who deserve a contract. It’s time for the players to compromise on these huge contracts and play for what they are really worth.