Is PED use enough to keep players out? 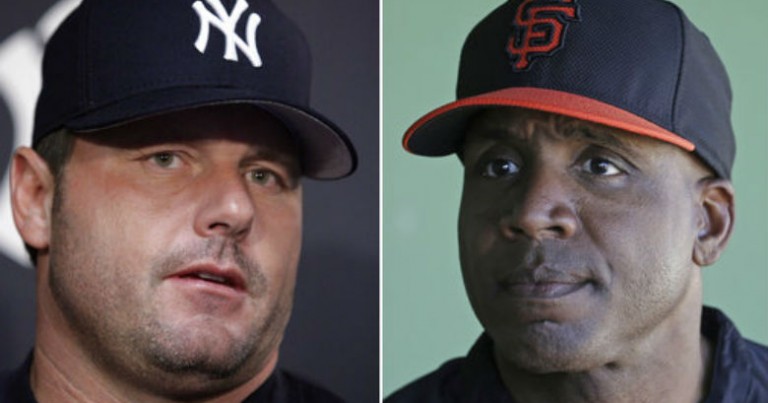 The time has come and gone again where a new class of Major League Baseball Hall of Fame wannabees enter the most prestigious group any baseball player can be apart of.

This year’s class included some of the best home run hitters over the last 20 years: Jim Thome, Vladimir Guerrero and Chipper Jones. The last player inducted was one of two pitchers with 600 saves, Trevor Hoffman.

Thome, Guerrero and Jones are in the top 50 for total career home-runs, according to baseball reference (a research website that compiles statistics for all major sports.)

Thome is 8th on this list with over 600, only 9 other players have ever done this. Over the past decade, the baseball hall of fame has come under scrutiny with possible players being inducted.

Post steroid era of the 90’s and early 2000s players like Mark Mcgwire, Sammy Sosa, Barry Bonds, Roger Clemens, Alex Rodriguez and others have found it hard for themselves to join their fellow players in the hall of fame.

Dozens of players have either been linked to performance enhancing drug (PED) use, admitted to it, or tested positive for it. Many “experts” argue that these players should be banned from baseball and the hall of fame for their drug use, while others would say even though these players “cheated” we have no way of knowing what other players have given themselves an advantage over the opponent; a statement I agree with.

Both arguments are valid, these players who have taken advantage of the system and a game that so many cherish and love should be not allowed into a fraternity with some of the greatest of all time, yet we truly cannot know if players from the past, and even the present or future, took some sort of PED.

A player needs at least 75 percent of the vote to be inducted into the Hall of Fame, none of the players mentioned above have ever come close.

The Hall of Fame Committee does not just want its voters to look at the numbers a player puts up in their career, but also their sportsmanship and character: (voting shall be based upon the player’s record, playing ability, integrity, sportsmanship, character, and contributions to the team(s) on which the player played.) A guideline the committee instructs every voter to follow when they decide who enters or not.

Anyone who has taken the fairness out of the game does not deserve a fair chance of being inducted into the Hall. Their numbers, as great as they may be, are a result of their use of illegal substances. Tom Verducci, a Sports Illustrated senior baseball writer said it best.

“If you don’t have an even playing field, you lose the foundation of competition. It should be my best against your best, not my best against the best you can covertly use to transform yourself.”

These players don’t deserve to be honored in the same way as players who have not been surrounded with the PED questions, but until we can concretely prove that everyone in the hall of fame is 100 percent clean, or that any player who could possibly be inducted has stayed on the same competitive level as those who are clean, they ultimately should be allowed in based on their statistical careers.