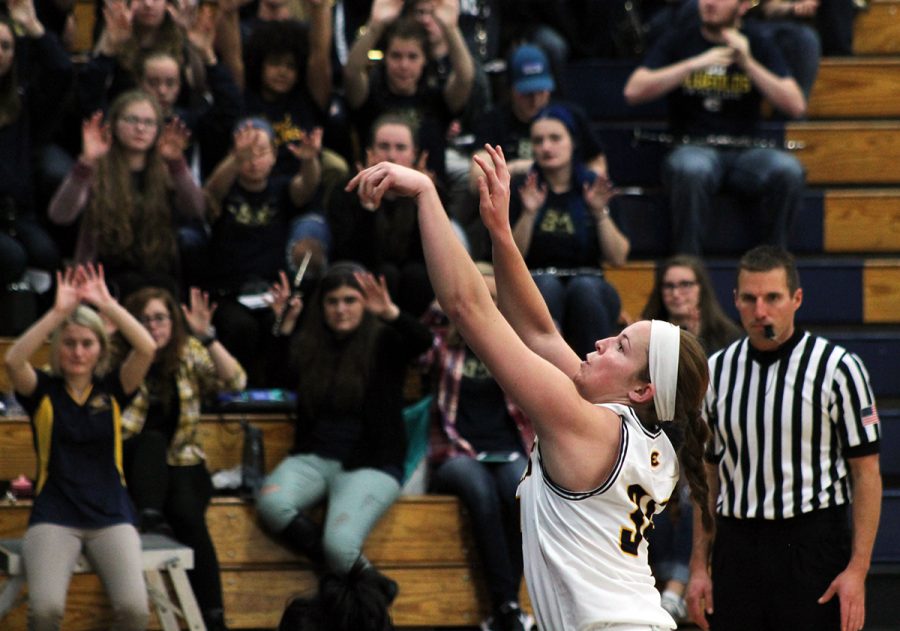 The Blugolds defeated Dubuque 100-65 on Saturday.

The UW-Eau Claire women’s basketball team began its season with victories this past weekend against UW-Superior and University of Dubuque (Iowa) in the UWEC Classic.

The Blugolds played UW-Superior Friday night, defeating the Yellowjackets 71-55. They then played Dubuque Saturday, easily winning their second game of the season 100-65 against the Spartans.

Graaskamp said it is important to start the game fast and spread the ball around to everyone.

“We were able to get out and play with our faster-paced style this year,” Graaskamp said. “We also saw that we are most successful when we push the ball and have extra passes to the open shooter.”

Along with Graaskamp, Kayla Hanley, a senior forward, and Hallee Hoeppner, a sophomore guard, scored in double digits, with 12 and 10, respectively. Hanley came off the bench and was able to put on a impressive performance, shooting 4-5 from the field, including a perfect 3-3 from three.

With the defeat of Superior under their belts, the Blugolds turned their attention to Saturday’s game against the Spartans.

Coming off their victory over the Yellowjackets Friday night, the Blugolds prepared for another tough opponent in the Spartans.

Eau Claire was able to continue the momentum they had gained from the previous night and won the game by 35 points.

The same success was not met for the Spartans’ defense. Dubuque was not able to contain the Blugolds’ fast-paced offense, as they were able to score 49 points in the first half and 51 in the second. Eau Claire shot lights out, connecting on 55 percent (31-56) of their shots and 43 percent (13-30) from three.

Graaskamp said she was proud of how the team was able to get such a great start to the weekend.

“Overall it was a successful weekend for us as a team,” Graaskamp said. “This showed we can be a strong team this season.”

The goals for the team, Grasskamp said, are to win their conference, make the NCAA tournament and ultimately bring home a National Championship.

“I have the same goals as the team, and whatever the team needs to reach those goals I am willing to do,” Graaskamp said.

The Blugolds prepared for the first road game this evening, where they took on St. Norbert College in DePere, Wisconsin.