Pulling the plug on football 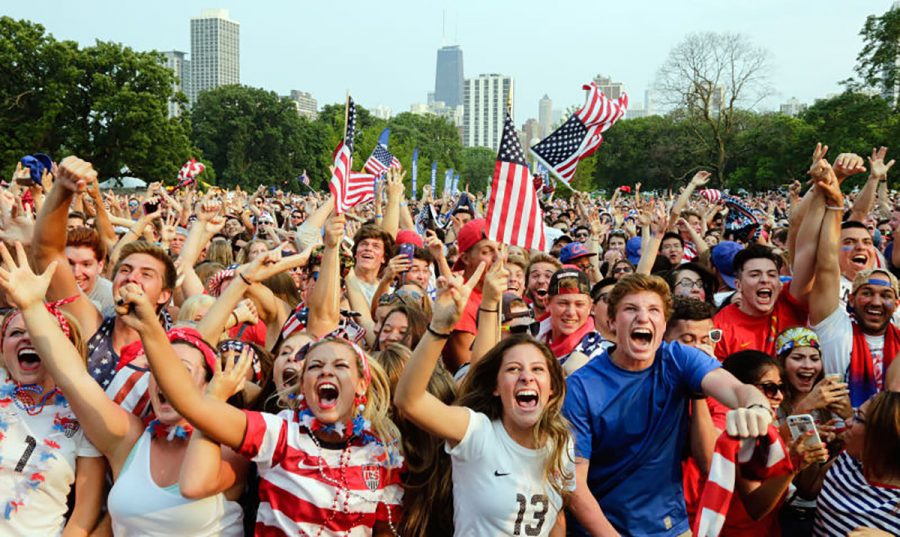 Football might be America’s current favorite sport, but soccer’s fanbase is growing. It’s time we leave football behind and watch soccer instead.

Last week Aaron Rodgers broke his collarbone, along with the entirety of Wisconsin’s hearts. Prayer vigils were held, tears were shed and tragic Facebook posts were made.

This might be Wisconsin’s idea of a horror story, but the real horror is football itself; it might be America’s favorite sport, but it’s high time we leave it in the past.

The primary reason football should be left in the figurative dust is chronic traumatic encephalopathy (CTE).

The gist of CTE is this: It usually manifests years after repeated head trauma. It can result in symptoms ranging from mood swings to crippling dementia. Eventually it kills you.

According to a study by the Journal of the American Medical Association, 110 out of 111 former NFL players studied showed signs of CTE.

The link between football and CTE is undeniable, even though the NFL sought to negate it and save their own butts for years, according to Sports Illustrated. They conducted studies aiming to contradict evidence that long-term neurological and cognitive dysfunction results from repeated blows to the head, but finally acknowledged the link between CTE and football for the first time last year.

If 99 percent of former professional football players are showing signs of a chronic, deadly disorder such as CTE, it’s time to reevaluate which sports we, as Americans, hold dear.

High school football accounts for 47 percent of all reported concussions, and 39 percent is “the amount by which cumulative concussions are shown to increase catastrophic head injury leading to neurologic disability.”

While football is played pretty much solely in America, soccer is played worldwide. According to FIFA’s most recent Big Count survey, approximately 265 million players around the world are actively involved in soccer. That’s about four percent of the world’s population.

Not only is soccer the favorite sport of the rest of the world, it’s much easier to understand and play than football. There are comparatively few rules and it can be played virtually anywhere.

Plus, the clock doesn’t stop. Sometimes it seems like the point of football is to stop the clock as quickly as possible. The bleachers never feel so cold as when the timer grinds to a halt yet again three hours into a frigid high school game.

In soccer, it’s easy to see who is who; The players don’t wear helmets — probably because athletes are significantly less likely to get a life-ruining concussion in the sport.

There’s so much less equipment involved in soccer that it’s laughable to think of the hideous getups we force football players into — probably because the entire point of football is to slam other players onto the ground as forcefully and as quickly as possible.

U.S. youth soccer is the most popular children’s sport in America right now, according to the U.S. Youth Soccer Association. Around three million children ages five to 19 play the sport, which is comparable to the number of youth who play football — also about three million.

The U.S. Youth Soccer Association is only 35 years old. We’re on track to dropping football in favor of a more interesting, less dangerous sport, and that’s the way it should be.

Twenty-five years ago, baseball was America’s favorite sport and soccer was barely a blip on the radar. We made the shift from baseball to football, and now we can make the shift from football to soccer.

It’s time we give up on the leading cause of concussions and get ready to take a significantly more interesting, easy-to-learn sport by storm.