Professional sports need to get with the times 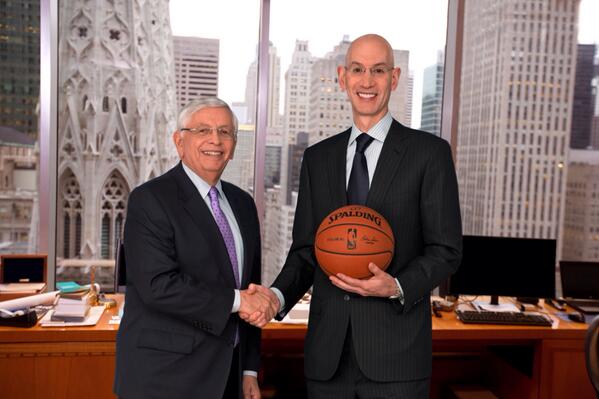 David Stern and Adam Silver are among those that support eliminating the marijuana ban from the NBA.

The National Basketball Association (NBA) may finally be catching up with the rest of Americans in allowing their players to use marijuana. David Stern, the NBA commissioner from 1984 to 2014 said he would be in favor of removing marijuana from the league’s list of banned substances, according to The Guardian.

Back in August, current NBA commissioner Adam Silver said he would consider legalizing medical marijuana if the “science checked out,” according to The Slam.

The National Football League (NFL) also has been exploring options into allowing medical marijuana. Allen Sills, a Vanderbilt University neurosurgeon who was named the NFL’s chief medical officer released a statement back in March that marijuana has shown the ability to treat “acute and chronic pain.”

If Silver were to consider legalizing medical marijuana, he said he would have it to be regulated the same way other medications are regulated, according to The Slam.

As states across the country are continuing to legalize medical and recreational use of marijuana, it seems the NBA and the NFL are starting to venture down the same path. Hundreds of players across both leagues have been fined or suspended because of their use of marijuana, even though many credit their use of the drug to reasons related to pain.

If using this drug poses itself as a benefit for professional players who put their bodies on the line week in and week out, why not let them use it? If the research shows it can ease their pain and help them heal, why take it away from them?

The NBA and the NFL pride themselves on bringing safety to their leagues, so this should be a no-brainer for them. Yet marijuana usage has been an ongoing issue over the past years because these leagues have been unwilling to listen to the voices of their players.

Major League Baseball (MLB) has yet to even discuss the use of marijuana. It is shocking that it has taken this long for America’s top three professional sports realms to begin a discussion about drug use that has been circling this nation for decades now.

However, it is indeed promising that Stern and Silver are in support of marijuana use. Only time will tell if anything comes of it.

I am not saying I would suggest permitting players to use the drug whenever they want and wherever they want, but for the purposes of pain treatment and recuperation, I’m all for it. It has medical benefits, so why the opposition? The way I see it, if the rest of the country is moving toward legalization, let these players use it for their benefit. If the science proves it can help, who’s to say why not?