The Blugolds found success in their last fall competition 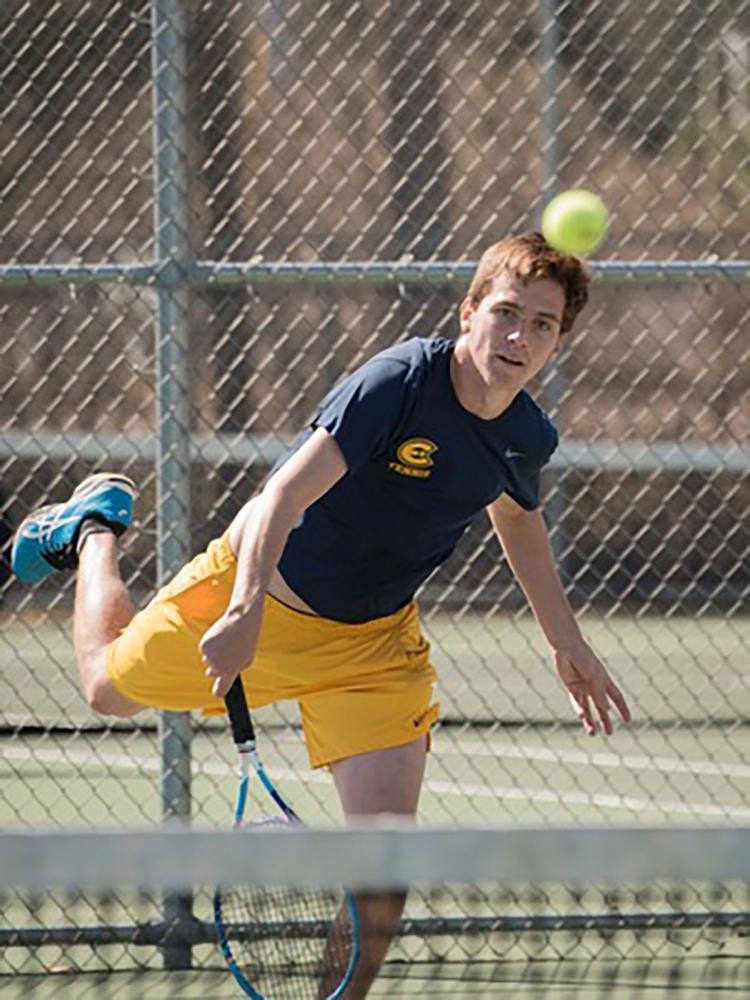 The men’s tennis team competed in their only fall tournaments this weekend, walking away with a handful of victories.

A total of 16 players participated in both tournaments. The ITA was invite only, open to certain players, while the Midwest Open was for any player to participate in.

The ITA was split between doubles and singles competition. Four Blugolds made it to the round of 64, while Zach Janssen, sophomore, defeated Hayden Dzurisin of Macalester College  6-4,3-6,6-3. Janssen lost in the round of 32 to Patrick Whaling of Gustavus Adolphus College 6-2, 6-3.

Coach Thomas Gilliam said he was proud of his players and how they competed against some of the best talent in the region.

“We asked the kids to give great effort and compete and to do it with class and sportsmanship; we didn’t have any problems with that at all,” Gillman said. “We have guys that can play good in sports, they just need to maintain that solid play, be more consistent. They are capable.”

“He’s (Mauthe) a freshman coming in, he had a great tournament,” Gillman said. “He had to win seven matches so that’s no joke.”

Jordan Stephenson had an impressive tournament as well and advanced to the round of 8, but eventually lost to Ezekial Haugen of Gustavus Adolphus College 6-2, 6-3.

The ITA and the Midwest Open Championship were the only tournaments for the Blugolds until February. Gillman said despite the break in competition, he wants his players to continue swinging and fine-tuning their skills.

Andrew Dahl, a senior who competed in the ITA but lost in the opening round against Zane Navratil of UW-Whitewater, 6-3 6-4, said it is crucial for the team to continue practicing.

“Our coach kind of shined on this as well, instead of trying to fix every part of your game and working on things you excel at, we need to find one or two things that are our weakest point on the tennis court,” Dahl said.

The men’s tennis team will hit the courts again next semester when they compete against Augustana College and St. Ambrose on Feb. 2.