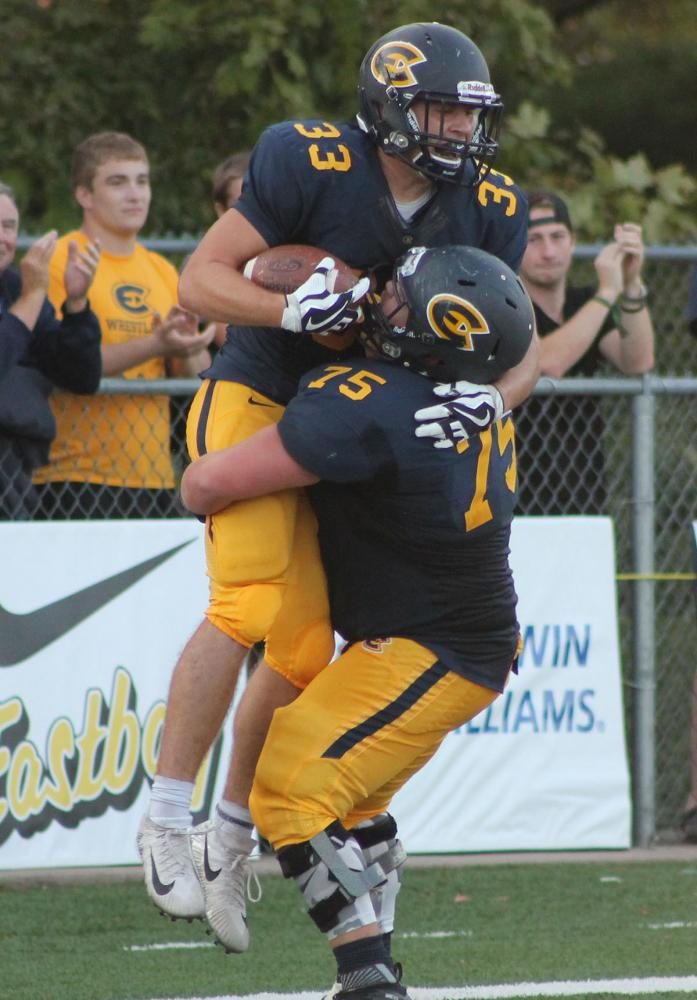 Blugold football earned its first win of the season against the Wisconsin Lutheran Warriors at Carson Park this past Saturday, finishing the game with a score of 34-20.

The UW-Eau Claire Blugold football team opened up their home season against the Wisconsin Lutheran College Warriors this past Saturday, emerging victorious in a final score of 34-20 and improving their overall record to 1-1.

JT DenHartog, the junior quarterback, led the way for the Blugold offense, scoring four times — three times on the ground, and once through the air. The Blugolds rushed for 213 yards, where DenHartog dominated with 91 yards.

Brian Kulaga, the junior tailback, added 76 yards and scored once. DenHartog also passed for 248 yards and a score.

Tyler Paulson, a sophomore, played a big game, catching six passes for 131 yards and a touchdown.

The offensive play was improved compared to the season opener against St. Thomas (Minnesota). The Blugolds were able to constantly put pressure on the Warriors defense, seeing as Eau Claire’s offense was able to score in every quarter of the game. While DenHartog was the star of the offense, the team improved their performance from last week.

Center Jake Coenen, a senior, and the rest of the offensive line were a pivotal reason the offense was able to do so.

“We came out more ready to play this week,” Coenen said. “We were able to fix some of our mistakes that we made against St. Thomas.”

“It was a great step in the right direction, specifically our offense on third down,” Larson said. “We were able to be better overall with our special teams, which was really good.”

As for DenHartog’s four touchdown efforts, with three of them coming on the ground, he said he couldn’t have been more proud of the offensive line.

“This was a team effort,” DenHartog said. “I know in the stat sheet it says I scored three touchdowns, but if you look at all those touchdowns there was 11 guys on the field, ten others besides me that did a great job and allowed me to score.”

The Blugolds have an early-season bye week coming up before going to Oregon to play George Fox University for the first time in school history.

“The bye week will be great to clean up on the little things, we made a lot of little mistakes, a lot of little technique things that we need to get better at,” DenHartog said. “That’s what this bye week is nice for, we can look at our last two games and see what we did well, as well as the things we didn’t do well, and fix them from there.”