The mocking of Aaron Hernandez reflects the nature of football fans 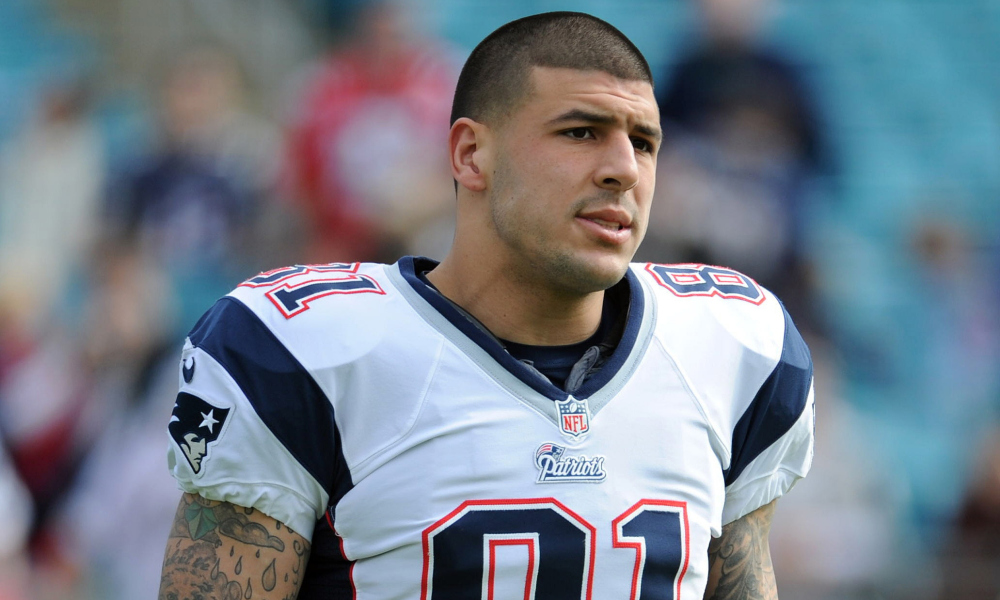 Aaron Hernandez played professional football in the National Football League (NFL) for the New England Patriots before his run in with the law.

Football fans have been known to be aggressive, but recent events have shed a darker light on them than has been previously conceived.

Aaron Hernandez was a professional football player in the National Football League (NFL), a BCS National Champion at the University of Florida and also had his troubles with the law.

In June of 2013, Hernandez was accused of murder, and was promptly released by the Patriots before more serious ramifications followed.

On August 22, 2013, Hernandez was indicted for the murder of Odin Lloyd and sentenced to life in prison. Hernandez was also accused and tried for the double homicide of Daniel de Abreu and Safiro Furtado in the wake of the murder conviction.

This occurrence was tragic for two reasons. The first being three young men lost their lives and another had to live his entire life behind bars with the regret of his actions. Nevertheless, things began to look up for Hernandez a few weeks ago.

In the beginning of April, Hernandez was found not guilty of the double murder, and soon after that court decision he entered the appeal process of his murder conviction (therefore possibly being released from prison and his criminal record). However, things took a turn for the worst soon thereafter.

On April 19, 2017, Hernandez was found dead in his prison cell. The cause of death was ruled suicide by hanging. Sadness washed over the Hernandez family, but a few different emotions engulfed social media immediately after the announcement.

Anger was one of the two emotions most present on various social media websites like Facebook and Instagram following Hernandez’s suicide. Individuals were angered he opted out of serving his sentence for the murder of Lloyd.

On top of that, many individuals are still carrying the anger they have toward him for the acts he committed and the shame he had thrust upon the New England Patriots. The leftover feelings of anger are understandable; however one type of response was particularly troubling following Hernandez’s suicide.

Memes, jokes and sarcastic remarks littered countless Americans’ Facebook newsfeeds the day of Hernandez’s death. Most of the jokes were made in poor taste and made football fans out to be insensitive and animalistic in nature.

An example of one of the deplorable insults included “Aaron Hernandez will not be making the trip to the White House with the Patriots due to a severe neck injury.”

A convicted murderer’s death is not beneficial to anyone. Two wrongs don’t make a right. So for football fans to take such cheap shots at a young man who made a mistake but was fighting to prove his innocence only shows the true nature of football fans.

Football is one of the most violent sports in the United States. The more fearsome a player is on the field, the more successful they will be. The mistake fans make, however, is that they incorrectly imply this type of behavior is acceptable for off the field and behind the keyboard of a computer.

This type of verbal harassment to any person shouldn’t be culturally acceptable, especially toward an individual who has passed away and can’t defend themselves in the media to any extent.

What happened following the death of Hernandez is depolorable, disgusting and downright shameful. Anyone who posted a joke, shared a joke or even mentioned one to a friend in passing should feel ashamed.

No matter what the man was accused or convicted of, he was still a human being who deserves a second chance.

The actions toward Hernandez gives credence to the notion that football fans are bullies.