Human trafficking and sports: how are they related?

The Super Bowl ranks as one of the country’s most-watched TV broadcasts, and during this time, human trafficking is at it’s highest 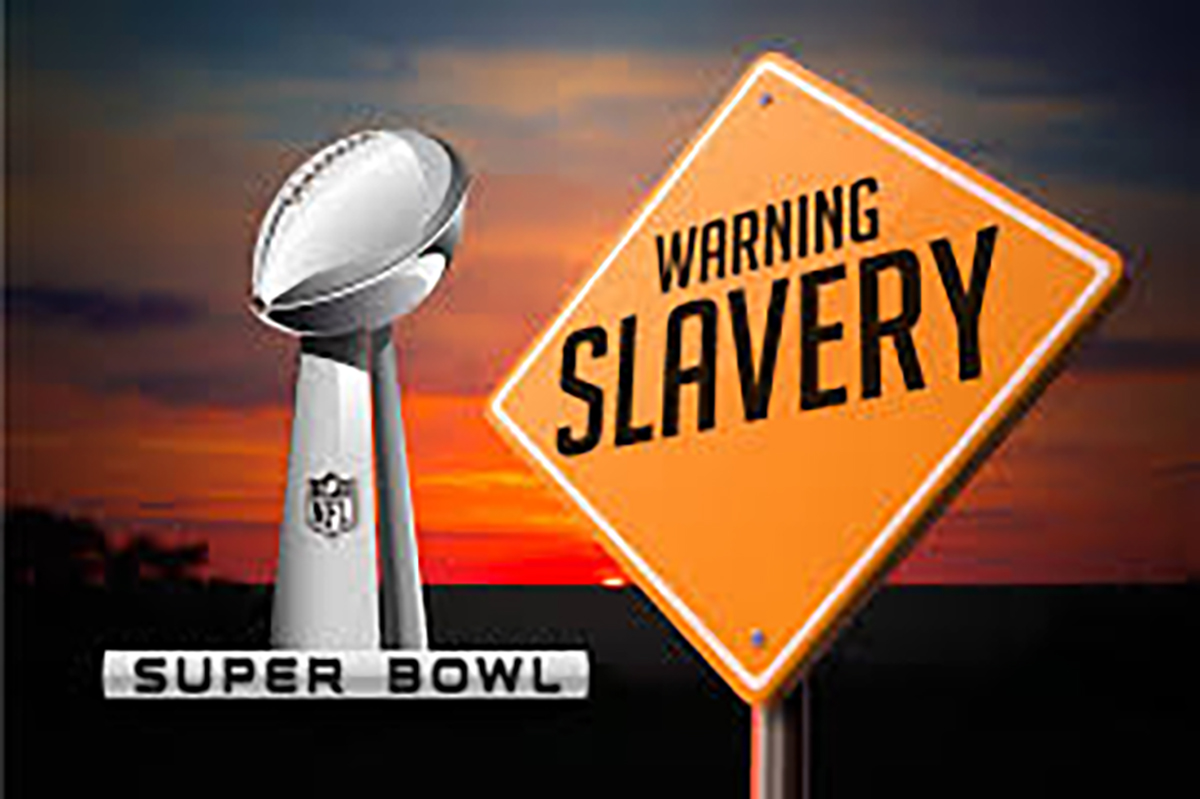 The Super Bowl has provoked higher rates of human and sex trafficking every year.

Throughout history, the human race has been competitive in nature. In Athens, Greece, the Olympics allowed the greatest athletes compete for fame and glory, representing nations whose values were strong and resonated within the individuals.

Sports have remained a constant in our civilization and have changed the way we view ethical decisions. If it is for the good of the game, should we question moral decisions?

The response to this question is “yes,” due to the people whose lives have been taken advantage of in the world of sports.

Of all televised sports, the ones with the largest crowds have seen higher rates of human trafficking and namely one game has seen the most trafficking occurrences.

In 2011, Texas Attorney Greg Abbott reported human trafficking incidents are the highest during the Super Bowl. This annual event is the most-watched television program of the year, reporting a 111.3 million viewers in 2017, according to CNN. The game was the fifth most-watched TV broadcast in history. In 2016, the National Human Trafficking Hotline reported an increased rate in human trafficking, with 7,500 cases, compared to 5,526 in 2015.

This correlation between high viewing rates and human trafficking is not just a coincidence.

While many people are in one place, viewing a sport which could be considered violent, the bystander effect occurs, making people less likely to report something questionable they may see, because they think someone else will report it. In the end, nobody reports anything and the event may be forgotten as if nothing had ever happened.

The sport environment is conducive to this effect, because people are expected to be watching the game and blending in with the rest of the crowd. If the Super Bowl has the most TV viewers in history, more people are bystanders, helping others get away with human trafficking and citing the human trafficking rate as an urban legend.

These refutes are no more than fake news, helping perpetrators continue to commit crimes. Although sports are just games, the public takes them seriously and uses them for an excuse to make an incident, which scars the lives of the victims forever.

When there are more crowds at sporting events, there is a higher likelihood for human trafficking to occur, not only because of the bystander effect, but also because of the wages workers receive in these settings.

For example, a recent article released by Huffington Post reported workers are paid between $1.80 and $2.60 an hour to complete odd jobs for big events such as the Olympics. These workers are coming from Armenia, Ukraine, Serbia, Tajikistan and Kyrgyzstan, among other countries.

Some managers did not even pay their workers at all. Thus, the workers are left as victims, either being forced to have sex or do something they normally would not consent to.

Coming from these other countries gives the employers an advantage but throws the workers and immigrants under the bus because they are ready to work, being promised high wages and opportunities initially, but then are found to be taken advantage of.

Although we think of big sporting events as great competitions and victory for all, there is more to it than meets the eye.