Salary caps may not be for everyone 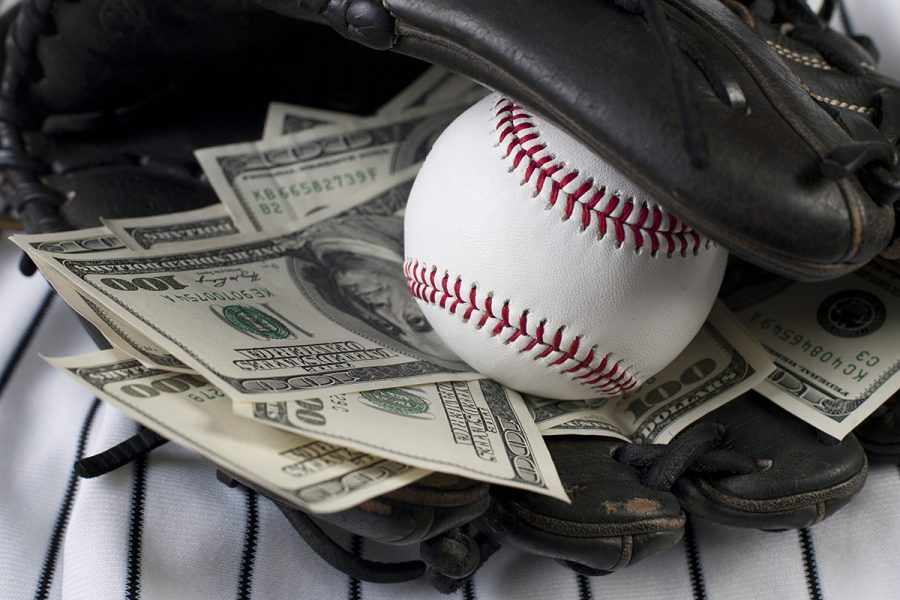 Salary caps have been in place in various professional sports leagues in America, but Major League Baseball refuses to implement one.

Salary caps are a method of controlling spending by professional sports franchises in order to cultivate a fair sense of competition and fairness across the league. They set the yearly dollar amount which a team cannot surpass when they are paying their player roster.

The National Football League (NFL), the National Basketball Association (NBA) and the National Hockey League (NHL) have all implemented mandatory salary caps, but Major League Baseball (MLB) is remaining the black sheep and letting team owners spend money faster than a depressed middle aged man trying to reclaim his youth at a casino in Las Vegas.

Without a salary cap, MLB’s franchises are free to spend whatever they want on who they want. The league restricts them, and MLB has enjoyed that freedom for decades. But some fans and other leagues are claiming otherwise.

Leagues like NFL, NBA and the NHL all claim having a salary cap makes them more competitive and fun to watch. The more teams that have a chance of winning, the more viewers will tune in to watch the team. However, MLB has been quick to counter that argument.

When examining the number of different teams that have won their league’s respective titles over the last few decades, MLB has the highest variance. They say this shows they do not need a salary cap to maintain a competitive league. They state players will not always follow the money and instead will opt to compete on other small market teams (and balancing out the league).

However, MLB does not completely let teams run amuck and spend whatever they want in free agency without consequence. It does implement a method of punishment to teams who overspend.

A luxury tax, or competitive balance tax, is a system in which MLB sets a spending limit for a team, and if they spend past that amount, they are fined a large sum of money. The amount of the fine is determined by how much the team exceeds their spending limit.

Owners of franchises in other leagues say this luxury tax system is a small slap on the wrist for powerhouse franchises like the New York Yankees or the Boston Red Sox. These individuals believe more regulations should be placed on the teams so players are not constantly being overpaid.

On the other hand, MLB has shown its system works and competitive balance is achieved without implementing a strict salary cap system.

Baseball’s current luxury tax system is perfectly sufficient to achieve competitive balance. Evidence displays how it is working, and the luxury tax amount has been on the rise the past few years so teams are kept in check.

If MLB teams are forced to implement a salary cap, the league’s stars will be diluted to more markets and teams will become less stacked with all-stars, which does not make for good TV, nor baseball.